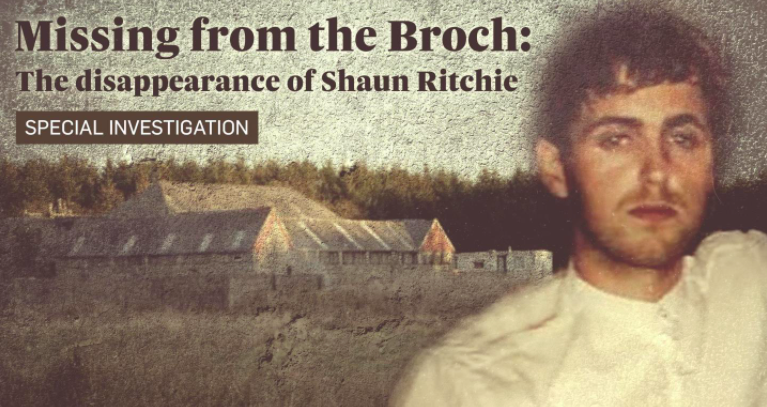 Just over seven years ago, a 20-year-old man named Shaun Ritchie went missing after attending a party on Halloween night 2014 at a remote farmhouse in Scotland.

His disappearance led to one of the largest-ever missing persons investigations in Scotland, but Ritchie has never been found and the case remains unsolved.

The Press and Journal, a regional daily covering northern Scotland owned by DC Thomson Media, recently produced a 40-minute documentary film called “Missing from the Broch: The Disappearance of Shaun Ritchie,” which the company says has broken their engagement records with nearly 1,000 people signing up to watch it in just the first 10 days.

The documentary is only available to subscribers, though people who want to view it can also sign up for a 30-day free trial.

DC Thomson Media was among the publishing houses that took part in the first round of WAN-IFRA’s Table Stakes Europe in 2019-2020, and Richard Prest, Head of Content Development at DC Thomson Media, credits their learnings from the programme with helping his staff develop creative ways to tell stories.

“We test a number of different story-telling formats all the time and the documentary style is one of those,” Prest said.

“The decision over what format to use is based on what is the best way to tell a specific story? Is it audio, visual, text, data etc and what is going to resonate most with the user and keep them engaged?

“The team are immensely proud of what it has achieved especially given a lot of our new story-telling approaches have come after our involvement in Table Stakes Europe,” he added.

In a press communication, DC Thomson Media said its Impact investigations reporter Sean O’Neil put forward the initial idea and worked together with a wider team to produce the documentary.

“Missing from the Broch: The Disappearance of Shaun Ritchie was several months in the making and thankfully it appears to have resonated with our audience,” O’Neil said in the company statement. “Shaun has been missing for seven years and our documentary was able to bring fresh information to public attention for the first time and hopefully can help get the answers his family so desperately want.

“The documentary was a collaborative effort between Impact/Content Development and AV. I first pitched the idea in April having followed Shaun’s case for a number of years and started pre-interviews and on-camera interviews in May. Some, like Police Scotland, took four months from initial contact, chasing up, to them sitting down in front of camera,” he said.

Added Prest: “This was a hugely important piece of work by the team to help a family shed light on the disappearance of their loved one, Shaun Ritchie. We chose to tell his story as a documentary as it was the best way to convey the impact on those involved as well as guiding our subscribers through the important, but complex, chain of events that led to his disappearance.”

Don’t know if I’ve ever been more proud to be part of a news team than now seeing the amazing people I work with produce astonishing work like this.

Yes, it’s subscriber content. And so it should be. Hundreds of hours in producing high quality, helpful, journalistic content 👏🏼 https://t.co/GmlSpdCTTc

Video trailers for the documentary went live on social media on Sunday morning, 31 October to make people aware it would go live at 8 pm that night.

More than 3,500 plays with half watching 90 percent

In total, the video has had more than 3,500 plays since launch with engagement at record levels. Around half of viewers have watched to the 90 percent mark, which is extremely unusual for a video of that length, the company stated.

These numbers are set to continue to grow, because as Prest told us, “our investigations have their own designated section on The Courier and The Press and Journal sites which means they are always available for subscribers to view or for non-subscribers to sign up and watch. These investigations, which can include documentaries, are often linked in similar pieces of content and can be re-marketed meaning that they have become evergreen. Indeed, some pieces are still engaging people many months after launch which shows their long-term value.”

The documentary has also helped lead to at least one new development in the case and additional stories relating to it.

“Missing from the Broch: The Disappearance of Shaun Ritchie,” can be seen here. Note: As mentioned in the above article, viewers must either be subscribers or sign up for a 30-day free trial to view the documentary.

More about DC Thomson Media’s developments as part of Table Stakes Europe in our earlier report can be found here.