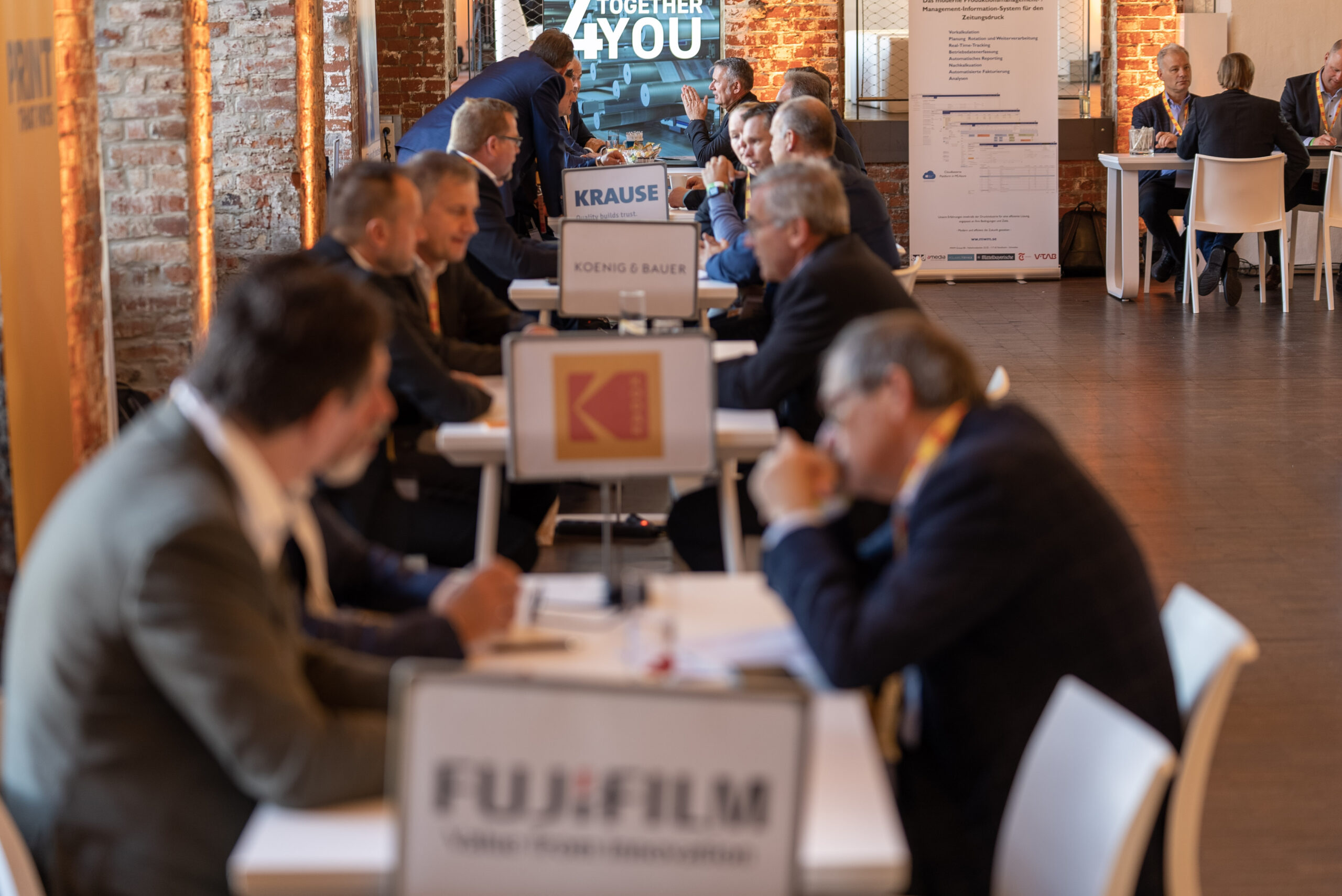 And it was evident that those on hand were indeed keen to reconnect with their peers, some competitors, and suppliers. You could call it an “unconference” as there were no classic presentations but roundtables to openly discuss some of the burning business and technical issues facing this community.

It also gave publishers and printers a chance to see the latest developments from suppliers on hand.

It is no secret that, for the most part, it is a challenging time for the production community, especially with the supply chain crisis sweeping the globe. Despite that, in the World Printers Forum recent survey of production executives: 70.5% of respondents say their revenue will grow in 2022 compared to this year, which they say has mostly improved also YoY.

The lone speaker of the event, Paul Huybrechts, who is print and distribution director of Belgian-headquartered Mediahuis, kicked off the event by capturing the right mantra and tone for printers going forward: “We think it makes sense to be realistic about the future, not pessimistic.”

As newspaper printers reach the apex of a nearly fully optimised and automated operation, where can more savings be squeezed? Clearly, manning is a significant consideration despite the challenges in some regions, markets or companies around the legalities. Automatic ink control was mentioned as a possibility for more automation while increasing quality and faster startups.

Another clear takeaway on the business side is what consolidation looks like to different publishers. Essentially, it means different things to different companies, and much of this comes down to formats. Take Germany, for example, there are number of formats in play in Germany but switching to just one format, Berliner or tabloid, for example, is again, easier said than done.

As one executive said, “printing strategy is simply coming down to per print plant, not per company.”

The link to tech partners

The summit was designed as a networking event where attendees were invited by either suppliers or WAN-IFRA. A meeting plan with suppliers was arranged for each attendee. This system proved to be highly effective and popular for the newspaper production professionals who took part.

“A very well organised event, with many constructive and interesting discussions in an exceptional and great environment in Frankfurt am Main. We will certainly be there again next year,”said Thomas Kurz, Manager Strategic Business Development Newspaper Europe, Graphic Systems Europe – Fujifilm.

In addition to Germany, the summit drew participants from Australia, Austria, Belgium, France, Iceland, the Netherlands, Sweden, and the UK.

Plans are being developed for a similar event in October 2022. For more information and updates, please contact Ingi Olafsson, Director of the World Printers Forum, at ingi.olafsson@wan-ifra.org

Snehasis Roy: ‘Back to business’ is key priority for Times of India