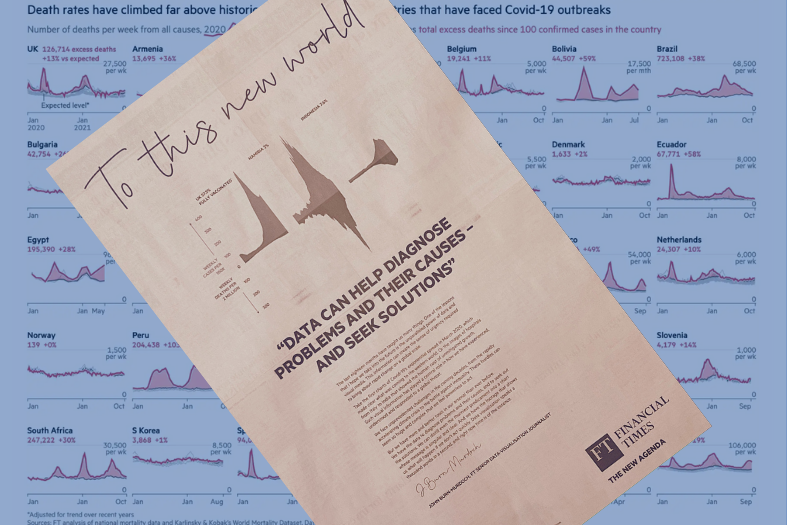 “I’m not a numbers person” is a statement I have heard journalists make more often than I care to remember. I even read it this year in Caitlin Moran’s compelling and highly self-reflective book  “More than a Woman”. In a chapter where she describes the dynamic between her and her brother, she reveals that: “He has tried on many occasions to teach me the basics of algebra. As I’m someone who didn’t even learn their 4x tables, he might as well be explaining Mozart to the cat. I’m a words person”.

Journalists’ frequent lack of confidence to engage with numbers is particularly worrying in a time of pandemic and climate crisis. When journalists do not engage sufficiently deeply with the data reported by scientists and politicians, they are unable to ask the really difficult questions about the rationale behind policy announcements that sometimes appear random. Even more worryingly, they are unable to hold politicians sufficiently to account for policies that are potentially damaging to specific groups – the elderly, women, minority groups, single mothers, teenagers, or others.

When journalists do not engage with data analysis, their reporting on COVID is less able to provide compelling narratives to counteract the growing anti-vaccination misinformation that relies on emotionally galvanising but factually inaccurate anecdotes. Too frequently, journalists simply focus on unpicking existing narratives without generating new ones. The problem is further exacerbated in countries like Bulgaria, which has one of the highest COVID-related mortality rates (per million) in the EU, where the low level of press freedom is well-documented, and results in high levels of dependence on political power, non-evidenced reporting and proliferation of misinformation.

There is a strong need for more journalists globally to be comfortable with interrogating statistics, especially in the context of an even bigger global story, namely the climate crisis. In his article poignantly titled “If you’re not a climate reporter yet, you will be: Covid-19 coverage offers lessons for reporting on the climate crisis”, Wolfgang Blau, a research fellow at the RISJ, argues that every journalist should learn to interrogate basic climate change-related scientific facts and track some metrics, because, similarly to the pandemic, the climate story will soon permeate every aspect of the audiences’ lives. In this context, knowing the basics of algebra and your times tables is going to be of great help. But being offered training in data analysis is critical too. Federica Cherubini, head of leadership development at RISJ, recently tweeted her gratitude at finally having mastered Excel. 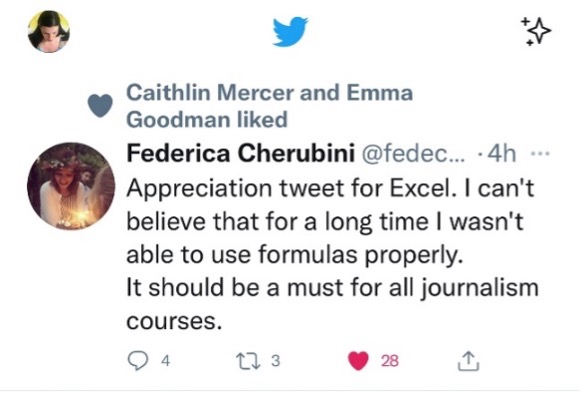 One gift that journalism schools can bestow on journalists is to provide training that helps them develop a love of numbers to complement their love of words. According to Zahera Harb – International Journalism Studies Cluster Lead in the Department of Journalism at City University – every story holds the potential to be deepened through statistics. “Some numbers support the story and others counteract what has been said, but they all represent an important element of an evidence-based story”, she says, going on to endorse Maria Ressa’s quest for fact-driven, truth-seeking journalism. Her colleague Glyn Mottershead, who leads City University’s MA in Data Journalism, speaks with passion about datasets “representing different aspects of people’s lives in a numerical format”. In his view, organisations such as FiveThirtyEight and The New York Times produce innovative journalism anchored in modelling. He also cites the masterful data journalism being embedded in the storytelling emanating from big newsrooms such as the Financial Times, the Guardian, The Economist and the BBC. Indeed I was fascinated to see that in its weekend edition at the end of October, FT devoted an entire page to its “To This New World” campaign, quoting  John Burn-Murdoch, its Chief Data Reporter,  who emphasised the “unparalleled power” of data in diagnosing problems and finding solutions to the biggest challenges of our times.

If developing a love of numbers is a step too far for journalists, journalism schools should at least equip journalists with basic Excel skills (as City University does) and the ability to recognise the questions they need to ask to source the statistics to underpin their story. But beyond that, journalists benefit from developing the confidence to work collaboratively with data analysts and statisticians. According to Professor Denise Lievesley, journalism and statistics both speak truth to power: “Statistics, like journalism, serve to empower.” As Mottershead observes, smaller newsrooms, which cannot afford embedded statisticians and visualisation leads, increasingly hire journalists who are able to work with developers, data analysts, visualization specialists, statisticians and coders or who even incorporate these skills within their own journalistic skillsets of traditional storytelling and fact-checking.

It strikes me that the much-needed marriage of words and numbers not only boosts journalists’ confidence in telling powerful evidence-based stories but also increases their agency to craft narratives that truly challenge those of politicians. The systematic collaboration between journalism and statistics will equip journalists with the critical data lens needed to report on the existential stories of our times. Using data in storytelling as a default will not only elevate journalists’ personal work and the profile of the profession, but will also increase the audience’s trust in journalism and, through osmosis, strengthen democracy.