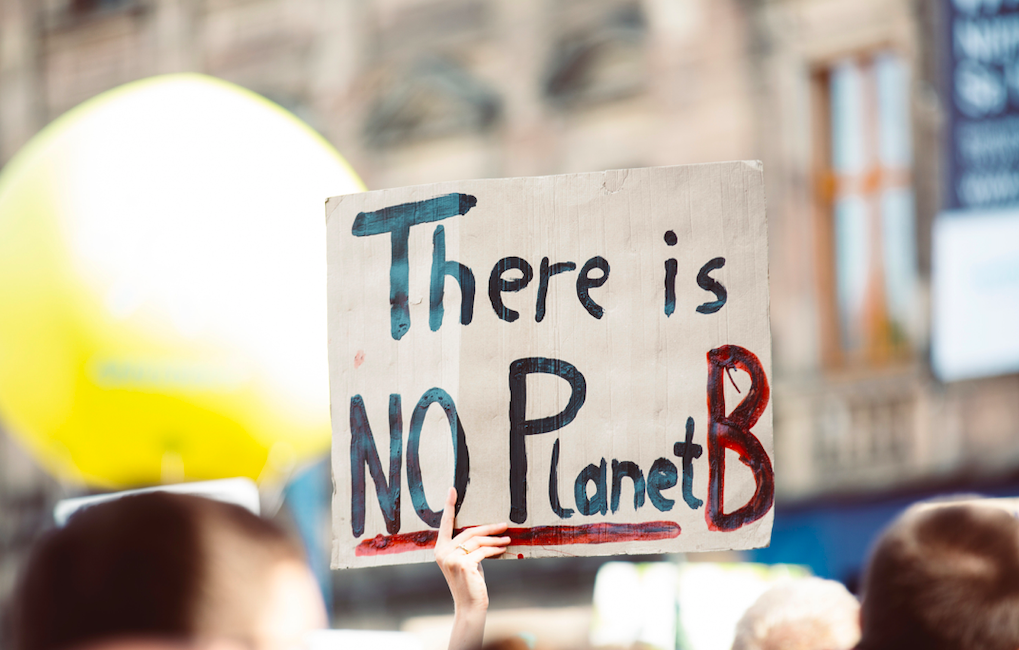 Photo by Markus Spiske from Pexels

Humanity is faced with the question of how it can mitigate climate change and adapt to its already inevitable effects.

Based on the latest Intergovernmental Panel on Climate Change (IPCC) report, we will need to cut global greenhouse gas emissions by 45 percent by 2030 if we want to limit global warming to 1.5 degrees celsius.

The motive behind Blau’s year-long research was to address normalising climate journalism across all verticals of a typical news organisation.

“2030 is less than 3,000 days away and even after that we will still need to cut our emissions to net-zero by 2050,” Blau said. “This includes how humanity farms and eats its food, heats its buildings, transports things and people, produces clothes, tools, gadgets. We must find a way to do that so it nourishes biodiversity on our planet instead of destroying it further.”

Climate change is now making far more frequent appearances in many countries’ news coverage, mostly as a push from the long-anticipated UN Climate Summit in Glasgow and more importantly because the world has witnessed numerous extreme weather events – the heat wave in Canada’s British Columbia that killed 569 people in July, the flood in Germany, wildfires in Greece, Turkey and Italy, to mention a few.

Blau points out that these events are merely the visible surface of climate change.

#ClimateChange is likely to be the biggest and longest lasting story our generation will ever work on. A growing number of news orgs are beginning to understand that climate change needs more systemic treatment than general newsroom coverage: @wblau at #WNMC21 @NewspaperWorld pic.twitter.com/0nFmM2ixMy

“Climate change is more than a news story or a topic that appears mostly in the politics and science section, or occasionally in the business section,” said Blau.

It is just as much a topic for lifestyle, culture, travel, food, technology, architecture, and health journalism. It is also an important concern for sports as it has begun to challenge the future of sporting events.

The news organisations Blau spoke with during his research are now planning to expand their coverage of climate change in the next year.

In doing so, many of these companies are faced with a range of challenges that Blau categorised into 16 leadership questions, which act as a map for newsrooms to expand climate coverage. He lists the 16 questions under operational, cultural and ethical challenges.

The primary operational challenge in most newsrooms Blau interacted with was a striking lack of fundamental climate literacy, which can be addressed with the right training.

Media companies train their employees in digital literacy but it is crucial to add climate literacy to their training. Similarly, news organisations can better understand the climate literacy of their audiences by conducting surveys or in gamified forms through quizzes.

“We expect our journalists to know the basic rules of their country’s most popular sport or politics, but at the same time, not knowing the scientific basics of climate change is not considered a career obstacle,” Blau pointed out.

Establishing this basic knowledge is one of the several measures publishers can take to counter the enormous and growing amount of misinformation and intentional disinformation about climate change that readers, listeners and viewers are bombarded with while trying to consume journalism.

Culture changes are trickier and don’t only revolve around budget and management attention. These changes often involve questions on the make-up of a journalist’s professional identity.

Most journalists Blau spoke with on the issue of climate change expressed great, sometimes vehement, skepticism towards solutions and constructive journalism. “They thought that it meant to sugarcoat or sweeten their reporting to no longer tell it as it is; this is a misunderstanding,” he said.

As Blau notes, the climate crisis is scary and can be truly demoralising. News organisations and their audience teams must think harder about ways to not only produce good climate journalism, but journalism that their consumers want to come back to regularly.

“To achieve that, climate journalists also need to provide perspectives on how humanity can tackle and eventually overcome this existential threat,” he said.

While the first two challenges can be tackled by day-to-day newsroom’s middle management, ethical challenges must be addressed by either the editor’s team or the editor-in-chief.

What does your organisation consider newsworthy? When Blau asked this question, most news organisations he surveyed were unable to respond.

Many of the surveyed journalists said that their issue was not their chief editor or even the budget, but the news desk, which either tells the journalists that climate related stories do not perform well or that the desk has too many other pressing issues.

According to Blau, news editors list at least six criteria for a story to make it into the upper news agenda. These include recency, geographical vicinity, simplicity, event angle, imagery, and public interest, for which climate change stories do not make the cut.

“I don’t think we should now try to change these criteria as they are entrenched in our journalistic fabric, but the public interest criteria can be adjusted to accommodate climate change,” Blau said.

Public interest stories are ones that readers already know about but are still put on the front page or the prime time slot by practically every news organisation because they’re in the public interest. Blau advised editors to make the normative change of giving the climate story a higher rank in what we consider public interest.

“If that is not being done, there is a risk, especially with younger readers, of them experiencing a cognitive dissonance between what they see in the alternative media, what they hear and learn in school, and what they then see in the primary news organisations of their countries,” he said.