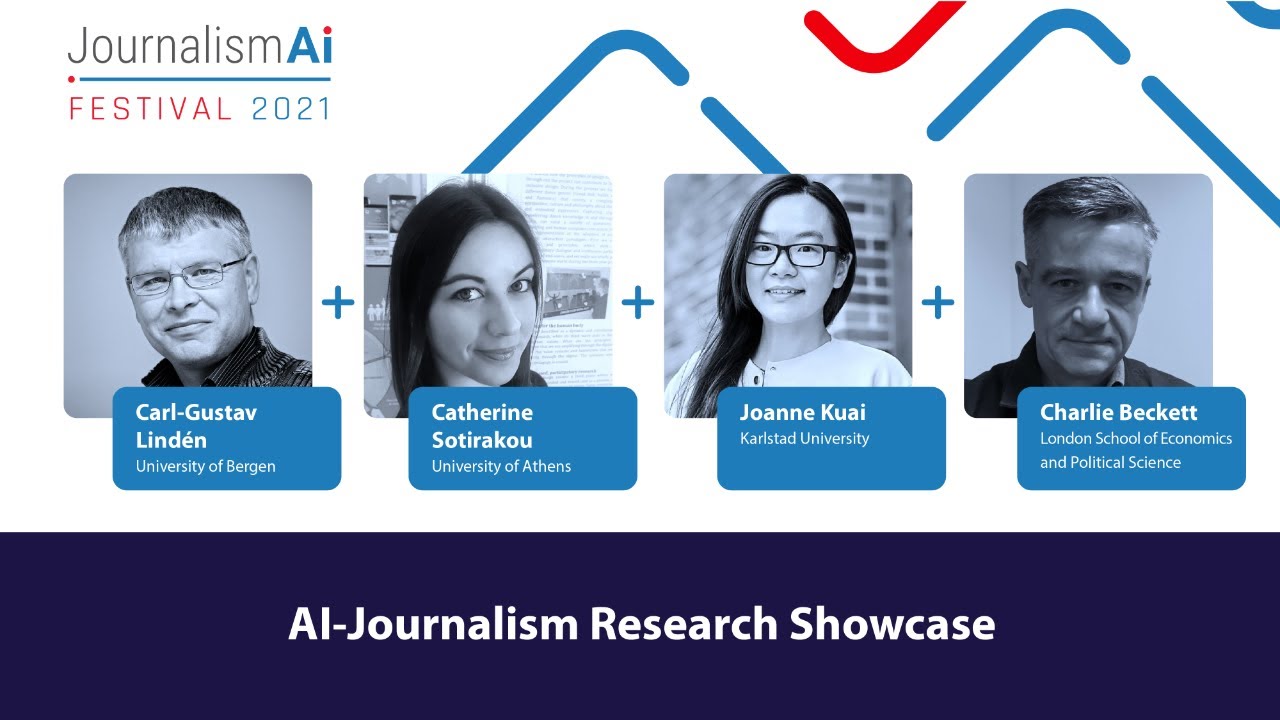 There is growing unease about people getting their news from social media, but where else can they turn? It’s a big question and one that is always on my mind as I think about how we can use data to help get people the best news for them. This has involved a split between publishers who write the news and tech companies that support it spread for the longest time. However, the news industry is now racing to catch up technologically and provide something different from what’s out there.

Last week I had the pleasure of tuning in to the London School of Economics’ JournalismAI conference and hearing Carl-Gustav Lindén, a professor at the University of Bergen, present his work.

Lindén has studied the use of AI by big news organisations across Scandinavia and is focused on metadata, how journalists can use tags and labels and numbers as the building blocks of something bigger. This comes after researching “news automation,” automatic writing of stories, which dominated early buzz about AI in journalism, but has left many with the wrong impression.

“Journalists misunderstand what AI is about. They look at it as robots, The Terminator. While AI is keyword extraction, comment moderation. It’s all of these tedious processes that no journalists want to do,” he said in an interview. “Having journalists adding tags to pictures is a waste of resources and the creativity they have. They should be able to do something that actually creates value for people, to do the best stories ever.”

That opinion is tied into the idea that others have voiced of publishing less, publishing better being the way forward. As Lindén suggests, the goal should be not “bulk news” but to create something meaningful every day. Having that goal, then, differentiates the sort of informational nutrition that journalists and publishers can provide people from what social media wants to “feed” them.

In my view, one of the characteristics that really separates journalists from others is they care about the actual content. They care deeply about the articles they produce, so much so that they will fight with their editor over a sentence or even a word. This contrasts with ad-supported platforms’ focus on attention, which Lindén says is a game that traditional media cannot win.

“You can’t compete with social media when it comes to attention. It’s not really possible for traditional media to capture all that when in competition with your mobile phone. So you need to create something else, you need to create a new game,” he said.

The not-so-new game emerging for publishers is subscriptions rather than ads. Norway and Sweden lead the world in this, with a delightful 45% of people in Norway paying for news in the last year. (It’s 21% in the U.S. and just 8% in the U.K.)

What media outlets need in order to make those subscriptions worthwhile is data, which Lindén says helps them “be able to place these stories in place and time.” He offered the example of a small city in Norway, such as Tromsø. There may be a decisionmaker raised in Tromsø that goes off and does essential work in Brussels, which people in Tromsø would want to know about. However, the local newspaper in Tromsø would need to monitor the news outside of Norway and know that person’s hometown to provide readers that coverage. With the correct data, it can be almost automatic.

That is just one example of many that Lindén has. One of the biggest places where new data can come from is something media outlets already have access to, the text of the articles themselves, what they mention and how they mention it. Advances in natural language processing mean that we can know much more about any given piece of text, almost like a literary analysis.

These steps have already begun with the creation of new metrics, though I think it will ultimately head towards a point where users have a choice over the type of articles they see. If you don’t want to see politically extreme articles in one way or the other, you can choose not to. Want to see short, factual business articles and long feature articles about sports? Easy with the right data.

Ultimately the future of how people get their news online is going to come down to what people are offered. Social media has already shown what it is good at doing, though people might like their newspaper better when it has the right tools.

This article originally appeared on Overtone.ai