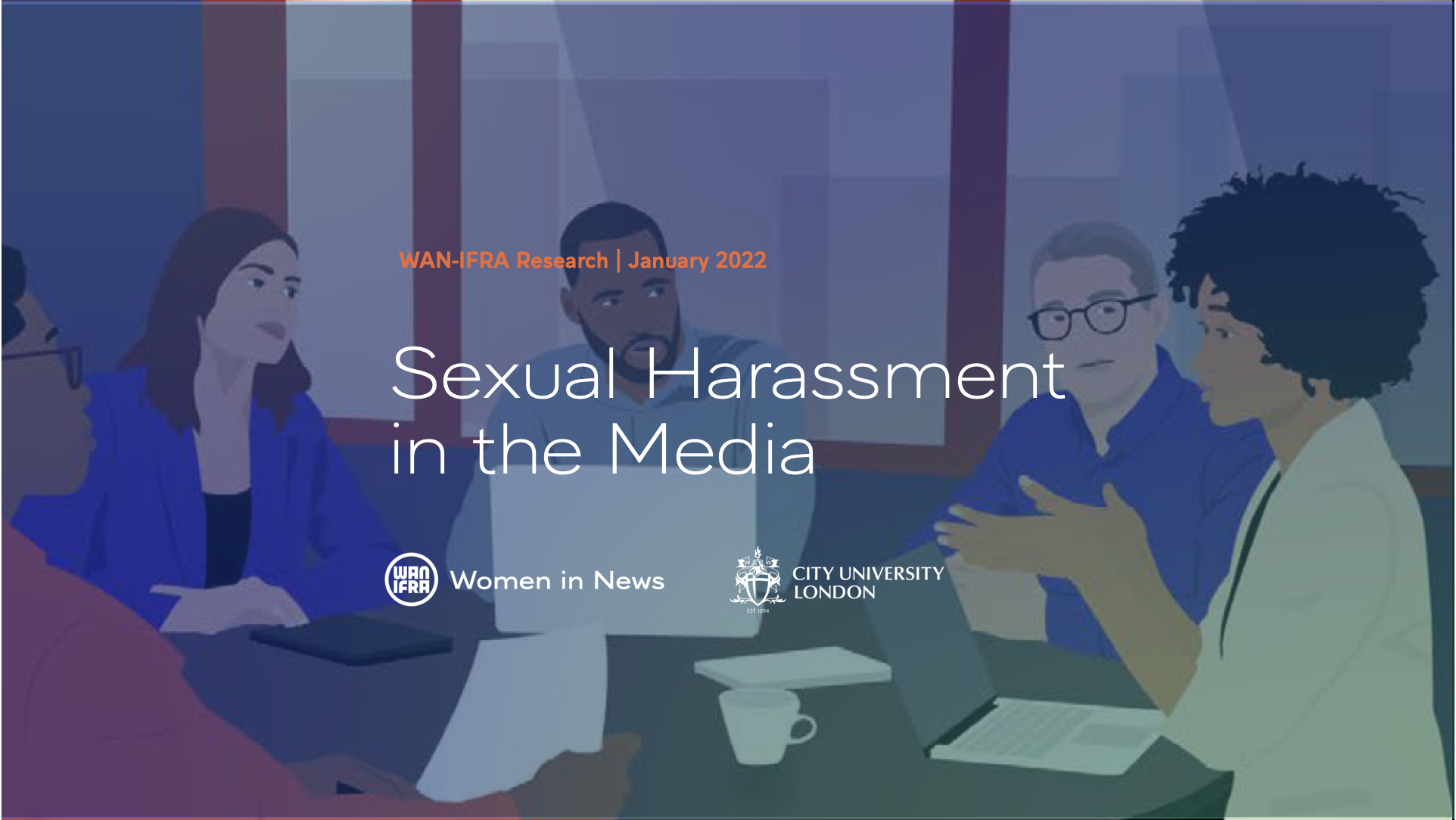 What to take away from the data

The international study documenting the extent of sexual harassment in newsrooms has been released today by WAN-IFRA Women in News in partnership with City, University of London. The study is the largest of its kind to focus on men, women and gender non-conforming media professionals in 20 countries throughout Africa, Southeast Asia, Eurasia (Russia), the Arab Region and select countries in Central America. The study, which was carried out from November 2020 to September 2021, surveyed more than 2,000 individuals and included interviews with 85 senior executives. 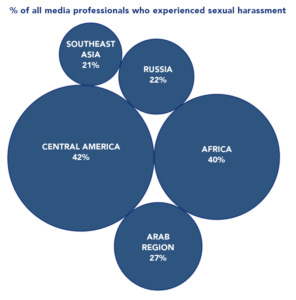 “Women and gender non-conforming people are disproportionately affected by sexual harassment in the media sector. While we have known this anecdotally, the findings from this research show that sexual harassment is an endemic problem in the industry – irrespective of geography,” says Melanie Walker, Executive Director, Women in News at WAN-IFRA. “It is up to the industry to address this problem by being unequivocal in the stance against sexual harassment, and by having the policies and tools in place to manage incidents when they do occur in order to protect their staff, and create a safe environment for all”.

80% of sexual harassment cases are unreported. This is largely due to fear – fear of negative impact, fear of losing their job, fear of not being believed, and fear of retaliation. In addition, on average one in four respondents said they did not report their experience of harassment because their organisation lacked the mechanism to do so and/or they did not know how. Only 11% of respondents reported knowing whether their organisations even had a sexual harassment policy.

Of the few cases that are reported, action is taken by the organisation in only half of the cases and is most commonly limited to warning the perpetrator (41%).

Gap between perception and reality

85 executives, including 51 women, from media organisations in the five regions were interviewed as part of the qualitative research. 43.5% acknowledged that they themselves experienced sexual harassment – similar to the findings reported by women journalists. Yet only 27% of these same executives believe that it is still an issue in the industry.

“It was remarkable to notice the gap in perspective between journalists who participated in the survey and the management of media organisations. This shows that when clear and effective reporting mechanisms are not present, management are unaware of the problem of sexual harassment in their organisations,” said Lindsey Brumell, lead researcher and Senior Lecturer, City University, London.

This research is the first of its kind to be conducted. It builds on research carried out by Women in News in 2018, which identified a lack of available data on sexual harassment in media specifically from countries in these regions. This research is needed to measure the scale of the problem and design responses to end it.

The research is now available online through an interactive site that allows users to break data down by region, country, gender, type of harassment as well as by management response. Additional data sets including type of media, seniority of the respondent, and 3rd party observation of harassment, will be added over the next few weeks. The website is available in nine languages, and is the first of its kind to present data on sexual harassment in this way. https://sexualharassment.womeninnews.org/research/

“Our aim is to make the data around trends in sexual harassment more accessible, and to better inform our media partners about the very real issue of sexual harassment in their newsrooms. For many years we have provided the tools and resources to our partners as part of our training and sensitisation efforts. We believe this data will help our collective effort to establish the mechanisms, and bring about the culture change necessary, to root out sexual harassment for good”, said Walker. 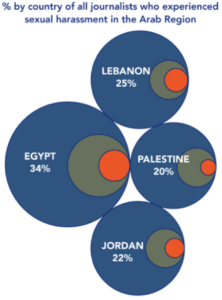 The Arab Region study surveyed 526 media professionals predominantly* from Egypt, Jordan, Lebanon, and Palestine, just over half of them were women (54%).

On average, 1 in 3 women have faced sexual harassment at work compared to over 1 in 6 men.

On average, only 15% of all people who experienced sexual harassment reported it to their media organisation. This is among the lowest rate of reporting of all regions studied.

Of all reported incidents of sexual harassment, media organisations took action on average 46% of the time. 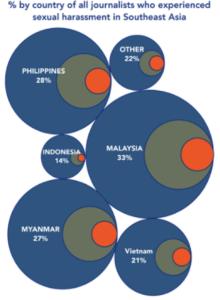 On average, only 15% of all those who experienced sexual harassment reported it to their media organisation. This is among the lowest rate of reporting of all regions studied.

On average, only 26% of all those who experienced sexual harassment reported it to their media organisation.

Of those who reported the sexual harassment, on average 46% received action from their management 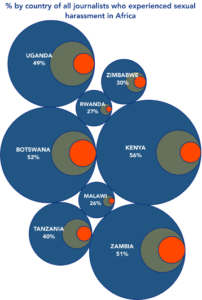 On average, only 21% of all those who experienced sexual harassment reported it to their media organisation.

Of all reported incidents of sexual harassment, media organisations took action on average 57% of the time.

On average, only 28% of all those who experienced sexual harassment reported it to their media organisation.

ABOUT WOMEN IN NEWS.  WAN-IFRA Women in News (WIN) aims to increase women’s leadership and voices in the news. It does so by equipping women journalists and editors with the skills, strategies, and support networks to take on greater leadership positions within their media. In parallel, WIN partners with media organisations to identify industry-led solutions to close the gender gap in their newsrooms, boardrooms and in the content they produce. WIN is currently working with more than 80 media organisations from 17 countries: Botswana, Kenya, Malawi, Rwanda, Somalia, Tanzania, Uganda, Zambia and Zimbabwe (WIN Africa); Egypt, Jordan, Lebanon and Palestine (WIN Arab Region); and Indonesia, Myanmar, The Philippines and Vietnam (WIN Southeast Asia). womeninnews.org

ABOUT WAN-IFRA. The World Association of News Publishers, or WAN-IFRA, is the global organisation of the world’s press. Our mission is to protect the rights of journalists and publishers around the world to operate independent media. We provide our members with expertise and services to innovate and prosper in a digital world and perform their crucial role in society. WAN-IFRA derives its authority from its global network of 3,000 news publishing companies and technology entrepreneurs, and its legitimacy from its 60 member publisher associations representing 18,000 publications in 120 countries.  wan-ifra.org