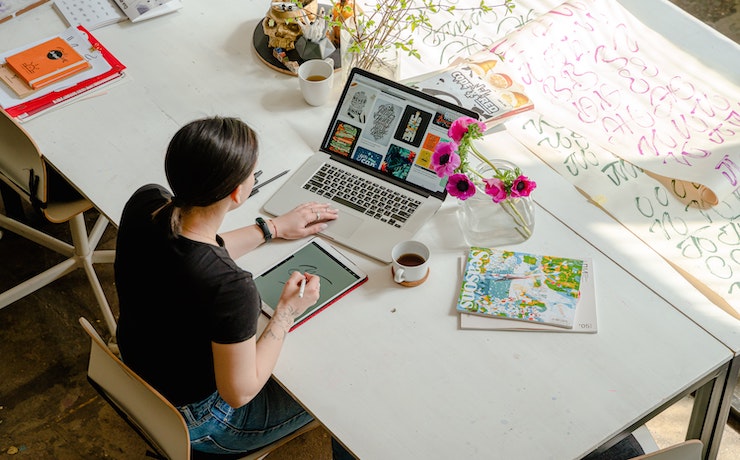 During WAN-IFRA’s virtual Newsroom Summit conference, executives from three news organisations shared how they are adjusting their daily operations and redefining their working culture around remote or hybrid work.

In 2020, media conglomerate Schibsted, the parent company of VG in Norway, launched a pilot project to look into more permanent ways of organising work during the pandemic and beyond. As part of the project, Schbisted’s brands were able to offer employees three working arrangement options: office-based (in the office more than four days a week), hybrid (working from home two to three days a week), and remote (working from home most of the time).

At Norwegian tabloid VG, the fully remote option could only be used in extraordinary circumstances. Instead, employees were able to choose between the office-based and hybrid arrangements.

“The leading principle was that the team comes first,” said Andreas Arnseth, Director of Organisation at VG. “The team was always to be considered at the centre, and in situations where an employee wants to work from home or remotely and this collides with the teams’ need, the teams’ need is the ruling factor, and then the employee needs to to stay in the office.”

At first, around 60 percent of employees chose to be defined as hybrid workers, but this number dropped to 40 percent during the initial phase of the pilot.

Facilitating communication in a hybrid environment

With regard to hybrid work, some managers and the journalist union expressed concern about the culture at VG being weakened, as well as a potential negative impact on knowledge sharing and communication in teams and between editors and managers, Arnseth said. Hybrid work has also meant less opportunity for spontaneous exchanges between staff.

“We are more task-focused at home,” he said. “The meetings are shorter and more efficient, but hybrid working seems to create more meetings, and we lose what we call the ‘water cooler effect’. In other words, you don’t bump into people working remotely, you only talk to them when you have to solve a task and that’s an issue at VG.”

At Ouest-France, a regional daily newspaper in France, introducing strategies to facilitate communication between employees working remotely was also a necessity. As it became apparent that some staff remained silent or passive during online meetings, managers were coached on ways to make sure everybody felt included.

“The moderator has a bigger and more complex role to get everybody involved in a video conference because you have to tell people to speak and you have to make sure that nobody is left on the side,” said Édouard Reis Carona, Editor-in-Chief Digital and Innovation at Ouest-France.

He also agrees with Arnseth on the importance of in-person exchanges.

“We’ve learned and improved, and people can work from home whenever necessary,” he said. “But they also need to get back to the office to actually share information on breaking news or more intense topics. They need these relations and have this fast exchange. A journalist’s job is about meeting people. We need to see people in real life, we need to have talks, we need to disagree and you don’t tend to disagree as much via a screen.”

The importance of the physical newsroom

Clearly, the physical newsroom continues to provide an important function, despite the widespread appreciation of increased flexibility that remote and hybrid arrangements offer.

“The passing on of knowledge, the training up of the next generation, those sorts of opportunities are being left behind by having more people working remotely,” said Jeremy Clifford, Editor-in-Chief of Archant in the UK, which has closed about 80 percent of its offices. “That’s an issue which we have to tackle as an industry.”

At Archant, whether or not someone can work from home or needs to be in the office depends on a range of factors, such as their role, the level of supervision they need, and whether their work is best undertaken in the more collaborative environment of the newsroom.

For instance, those in leadership roles don’t need to be supervised, but working in the office facilitates communication with others. Trainees, who need supervision, also benefit from the newsroom environment where help and support is more readily available. On the other hand, those who work in subbing and production are fully home based.

In order to enable teams to better network, talk, and hold meetings in a hybrid or remote environment, Clifford proposed to introduce office days, an initiative they tried out at the Sheffield Star.

“We brought in the live breaking news team for one day a week, and then made sure that the sports team came in on a different day so that they all had a day in the office to make sure that they’re not completely homeworking and that seems to be working really well,” he said.