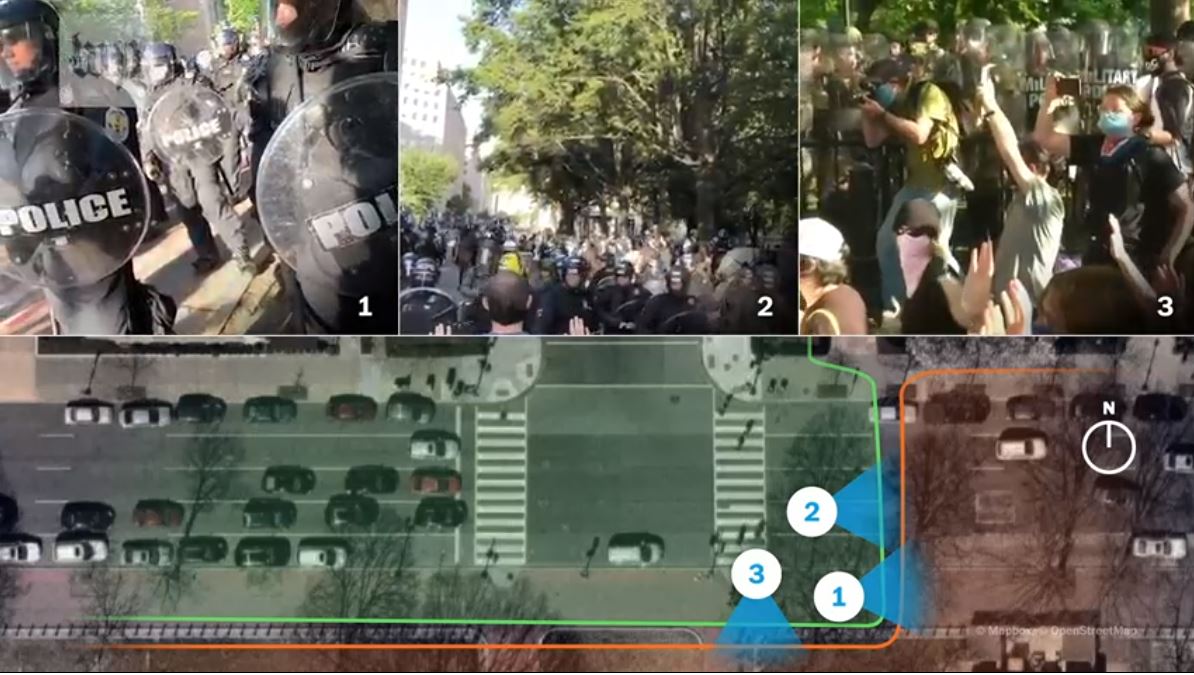 The crackdown before Trump’s photo op. Credit: The Washington Post

This is the first expansion since the team was launched in the summer of 2020. The current team comprises four video reporters, one video graphics editor and an executive producer. The new roles open up six positions for two video reporters, a motion graphics reporter, an investigative researcher, a senior video producer and a designer.
Boosting video reporting
The aim behind this expansion is to strengthen The Post’s capacity to explore and experiment with video reporting to power both short and long term investigative stories told in a myriad of ways, across mediums. The team uses open-source, widely available materials, social media videos and photos, Google Maps, public databases and weather reports, or high-quality satellite images offered through paid subscriptions.

“This move will help the future of investigative storytelling. So much of what happens in the world is captured in video and photos, and we are expanding our capacity to acquire and provide context for what people are seeing,” Kat Downs-Mulder, Chief Product Officer and Deputy Managing Editor at The Post, told WAN-IFRA.

“With an expanded team, we will be able to work on multiple stories simultaneously and increase our ability to respond to breaking news.”
Video production cycle
The Post’s Visual Forensics department, lead by Senior Producer Nadine Ajaka, captures and provides context around the firehose of visuals available on the ground, on social media, and the internet, in general.