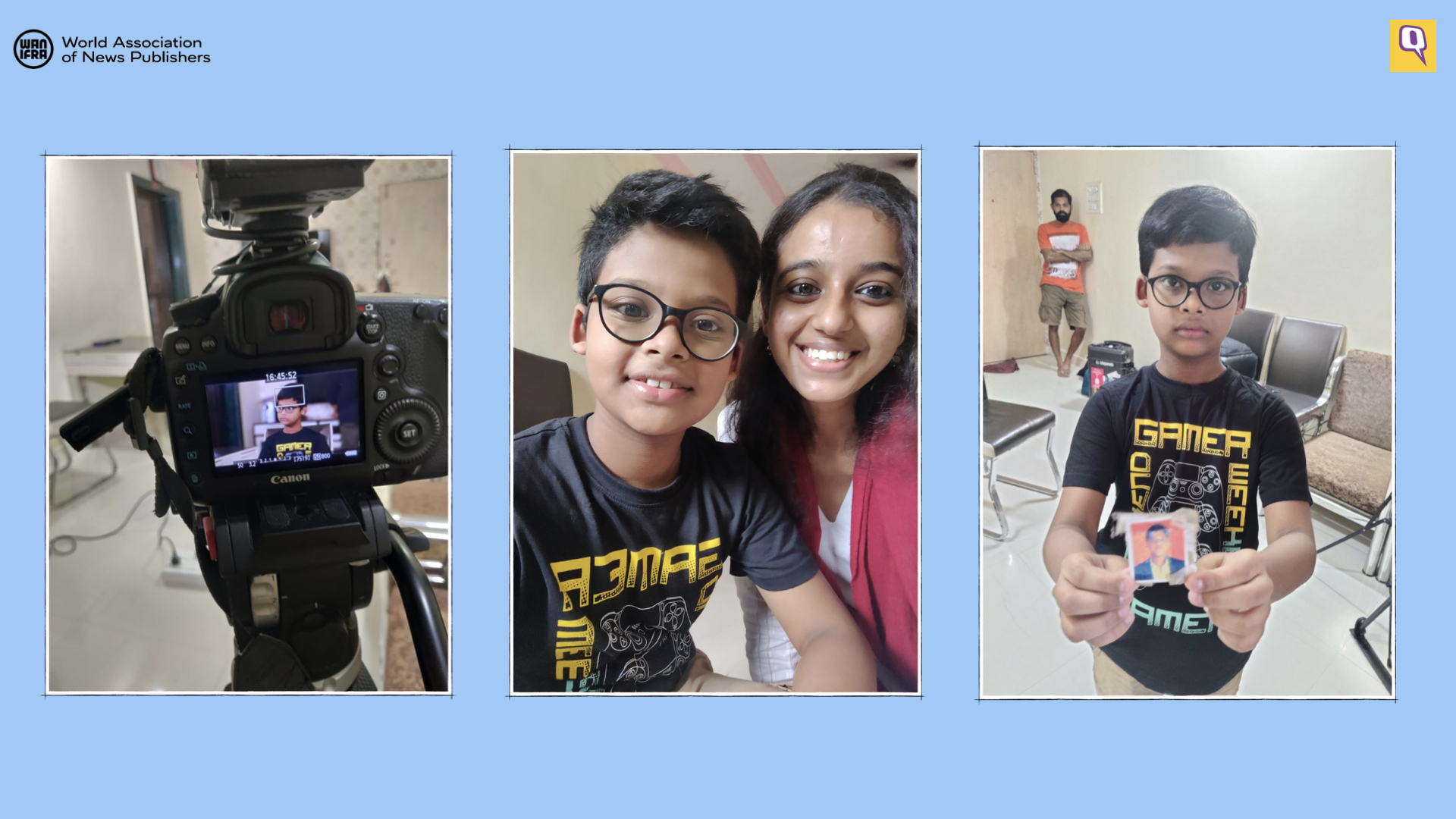 (L-R) The shoot at Arnav’s house in Thane, Maharashtra; Arnav with Mythreyee Ramesh, Senior Correspondent; Arnav with a picture of his father. (The Quint)

This is the backstory of the brand’s video series on India’s COVID Orphans and how it sought to give a voice and platform to these children who are now living with a permanent void after the loss of their parents.

In a quest to put a human face to the spate of COVID-related tragedies across India, especially during the Delta wave, this video series documented the lives and stories that The Quint believes are the most tragic legacy of the pandemic.

“COVID orphans are not just mere numbers. Although the government promised to set aside funds for the children, we wanted to do more through our stories,” said Ritu Kapur, Co-Founder and Managing Director, The Quint.

“We want to tell stories that matter, and nothing matters more than giving voice to people who otherwise go ignored by mainstream media,” Kapur said. 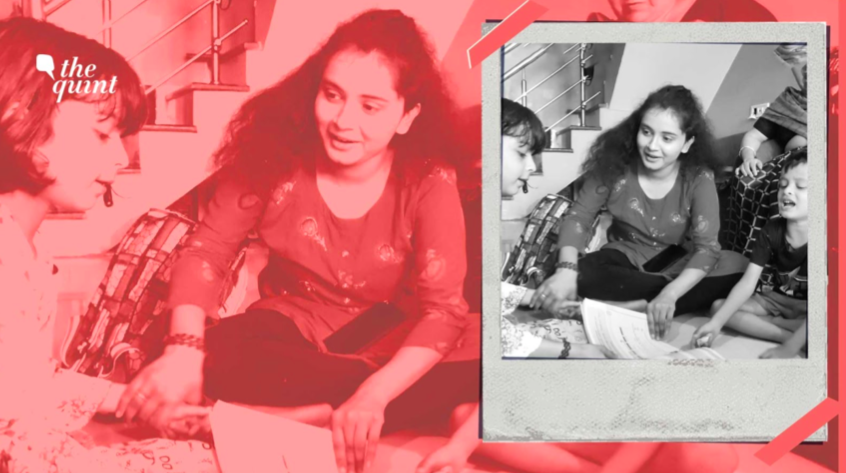 17-year-old Anushka Satya from Madhya Pradesh, and her two younger siblings, lost both their parents to COVID within a span of 24 days. (The Quint)

According to the Central Adoption Resource Authority, the central government’s nodal agency for adoptions, India’s in-country and inter-country adoption numbers for 2020-2021 stand abysmally low at 3,142 and 417.

“There’s fear of trafficking, trauma, and improper rehabilitation. And then, there’s fear of children getting caught in the bureaucratic rigmarole to produce their parents’ death certificates to avail of benefits,” said Kapur.

The six-month-long campaign was headed by Shelly Walia, The Quint’s Executive Editor, and reporters from seven locations across the country. The ideation began in March 2021, and the first story was shot in July 2021 – after a summer of deaths in India.

“It was an extremely important series to do – perhaps, one of the most ignored fallouts of the pandemic in the country,” said Mythreyee Ramesh, Senior Correspondent.

According to United Nations’ records, India lost approximately 240,000 lives during the Delta wave.

Rigorous editorial planning went into tactfully handling the campaign. Extra care was ensured in keeping the reporters and camera people safe while exercising caution on the ground and complying with government-issued COVID travel restrictions. Everyone involved in the campaign – the crew, the kids and their families – was masked up for the shoot, and interviews were conducted outdoors, with multiple rounds of sanitation.

Ramesh covered the story of nine-year-old Arnav Gothad from Thane (in Maharashtra), who lost both his parents to the pandemic within a span of 12 days in May 2021.

It took Ramesh almost two months to trace and establish contact with Arnav and his grandparents, and reassure them that she was a safe space to open up to. 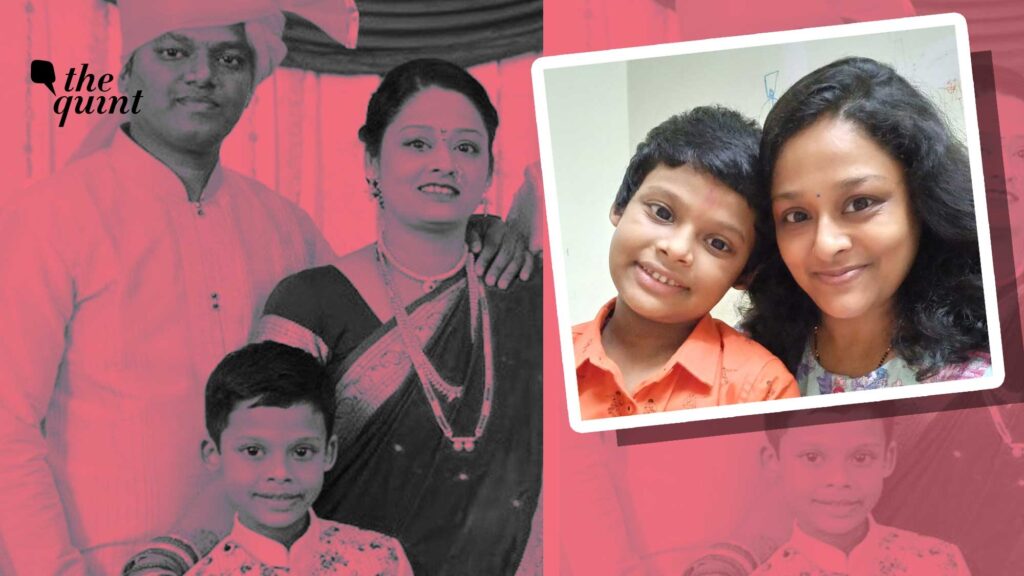 Arnav with his parents. (The Quint)

Prior to establishing contact with Arnav in October, Ramesh spent months researching and making multiple calls to locate him. The story itself took a month to produce.

Upon the script approval, Ramesh headed to Arnav’s house in Thane along with two camera people to shoot the story. “I was overwhelmed before meeting Arnav, and concerned about making him feel comfortable. I repeatedly went through my questions and notes,” Ramesh said.

Arnav welcomed Ramesh with a hug. “Arnav was mature for his age and spoke about his parents fondly. The story made me realise that the pandemic has been more than mere numbers on our screens — it is lives lost and families torn apart,” said Ramesh about the toughest story she’s been a part of to date.


“While telling someone’s story, we often forget that it is their story to tell. Earning trust is one of the key aspects of telling any story, especially sensitive ones like these,” said Ramesh. “Arnav’s family told me how he had not shed a single tear since he lost his parents.”

Once a shoot was wrapped up, the technical team uploaded the footage onto The Quint’s internal network to ensure everyone associated with the project had access to the visuals.

The next step was scripting and producing the video, followed by several checks by senior editors and designers before publishing it online with a textual write-up.

Ramesh’s story helped to raise Rs 50,000 (€ 619) for Arnav, which his grandparents have put aside for his higher education.

On the one hand, the campaign was in sync with The Quint’s brand value of documenting human interest stories, but at the same time, the company has only recently started exploring storytelling through the visual medium.

“Videos are resource-intensive and time-consuming, but with the right kind of planning, they are an effective way to bring stories from a country as diverse as India,” Kapur said.

The audience response was overwhelming. The team was inundated with messages from readers, globally, who wanted to provide monetary aid to these children for their education and general well being. The team was also contacted by local authorities who approached the families of the orphans to support them. 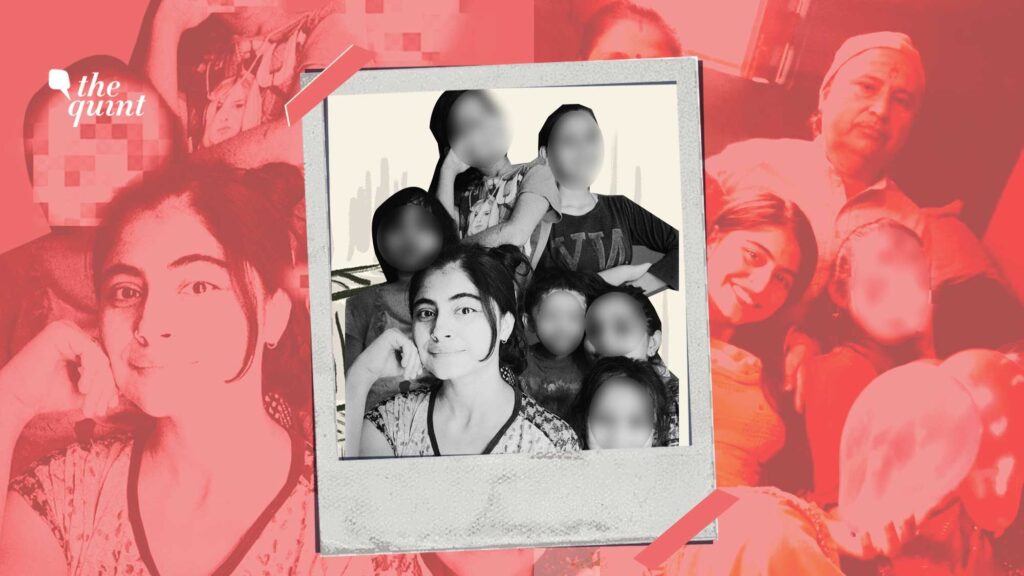 Twenty-one year old Devika from Delhi lost both her parents to the pandemic and is now the caregiver to her six younger siblings. (The Quint)

The series recorded 134,000 website page views and about 5.2 million views on YouTube. The videos were also shared widely on social media.

“The funds collected through this campaign reached the children directly, and we are hopeful that we made at least a small difference in their lives,” Kapur said.

This #Diwali, be the light in the lives of India's COVID Orphans.

Be a part of The Quint's #DilWaliDiwali campaign and extend a helping hand towards their better future. Write to us at hope@thequint.com. pic.twitter.com/zMTwrZvajk

The Quint has more such human-interest stories in the works. According to a Right to Education Forum policy brief, the pandemic has put at least 10 million girls at risk of dropping out of secondary school education. The Quint’s next multi-part series will focus on the loss of friends, childhood, midday meals, and the loss of access to menstrual hygiene that these girls are being subjected to.