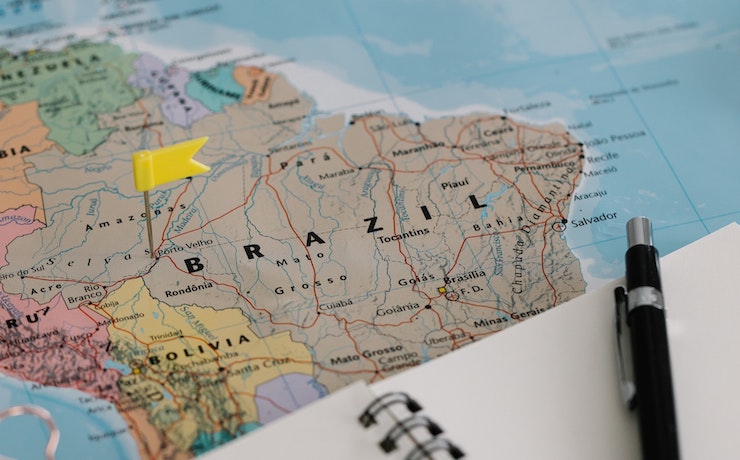 Before there was the term ‘fake news’ and social media made it easy to spread manipulated content and outright lies, many traditional news media outlets were already employing the fact-checking skills that expose propaganda, falsehoods and even honest errors.

Fact-checking is in the DNA of professional standards and some media companies, like Agência Lupa in Brazil, have built an entire business on it, providing fact-checking services for numerous clients, and also teaching citizens to better scrutinize their news. Others are making fact-checking a regular feature as a response to audience desires – fact-checking columns and stories are increasingly popular and the need is growing. To share practices and uphold standards, fact-checkers are coming together in organizations like the International Fact-Checking Network, which, among other services, certifies fact-checking organizations and provides guidance to ensure the fact-checkers provide honest accounts and aren’t themselves manipulated by those who weaponize information.

Often, these initiatives start small. Agência Lupa, for instance, began after its founder, Cristina Tardaguila, wrote a fact-checking blog for O Globo during the 2014 presidential election in Brazil, when she was associate director of politics at the newspaper. But the fact-checking blog only ran for about three months, and ended with the election. As 2014 preceded the explosion in “fake news,” it was never seen as a permanent fixture. Tardaguila, however, couldn’t let it go.

“I fell in love with fact-checking right away,” she said. So much so she resigned from the newspaper to create Agência Lupa, which was conceived as a news agency to provide fact-checking services and stories to paying subscribers, mostly media companies around Brazil.

“That was the trigger point to launch Lupa,” she said. “I was bitten by this mosquito and I wasn’t going back.”

The business model emerged from her experience with the blog, she said. Firstly, and most importantly, fact-checking had impact: presidential candidates “changed content on their websites or in their TV programmes because of O Globo’s fact-checks”. Secondly, O Globo managed to resell the blog, to be republished by small media around the country. “So many small newspapers, many small radios, were gathering that information and republishing it, and O Globo was actually making money out of that content,” Tardaguila explained.

Fact-checking also engaged audiences. “The social media team were completely in love with fact-checking,” Tardaguila explained. “People would retweet, comment, they were super super happy with it. And because of the previous reasons, we got huge page views. So, with those ideas in mind, after the election, I thought, I can’t go back.”

With start-up funds provided by a former employer, the documentarian and magazine publisher João Moreira Salles, Agência Lupa was launched in November 2015 with a team of four people. “We started fact-checking and testing the business model,” Tardaguila said. “We became the first newswire service (in Brazil) to provide fact-checked content to media outlets that were interested in republishing our kind of content, and didn’t have the capacity to have an in-house unit. That’s how Lupa started.”

Soon after the launch, the issue of political polarization in society in Brazil, and in many other countries, exploded, as did the related scourge of mis- and disinformation.

In fact, the problem outgrew the business model. Though it was conceived as a newswire service, fact-checking alone did not sufficiently respond to the impact ‘fake news’ was having on society, Tardaguila said. To help citizens better assess information themselves, she created an educational branch, Lupa Education, to help people increase their media literacy and –not incidentally – to create a second revenue stream. “We started teaching not only in universities but also in secondary schools, in companies, in the judiciary system,” she said. “And we hired more people.”

A fourth revenue stream – membership – is in the works, where individuals will be asked to subscribe to the service, Tardaguila said. Agência Lupa now has 22 employees, and has been generating a small profit since 2018.

“We started as a fact-checking unit, and now we are a hub against disinformation,” Tardaguila said. “Fact-checking is not enough. We realize that. Fact-checking is one tool in the battle against misinformation and disinformation. So we added education, we added partnerships with platforms. It’s not going to be just through journalism. It has to be through projects that have technological impact, it has to be through education, you have to go to schools and teach people. Just journalism will not be enough. We grew a lot.”

Tardaguila has some advice for those wishing to develop similar fact-checking services:

Tardaguila also said journalists who do not have business and management skills should develop them and align with people who do before embarking on such a project.

“I learned this myself,” she said. “When I opened Lupa I had been a reporter and editor, and I didn’t have any skills in managing. I had to take an MBA. I didn’t know what a return of investment was. I didn’t know what break-even was, I didn’t know how to price. How much does a fact-check article cost? I had to learn these things. If you don’t have these kind of skills, you have to look for people who can help you. Don’t start without a really good business plan and someone by your side to help with commercial, marketing, administration, finance, human resources. All of these things came up as I was rolling with it, and it almost drove me crazy.” 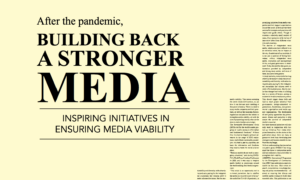 This article is republished from the UNESCO publication After the pandemic, building back a stronger media: inspiring initiatives in ensuring media viability, written by Larry Kilman. Access it here.