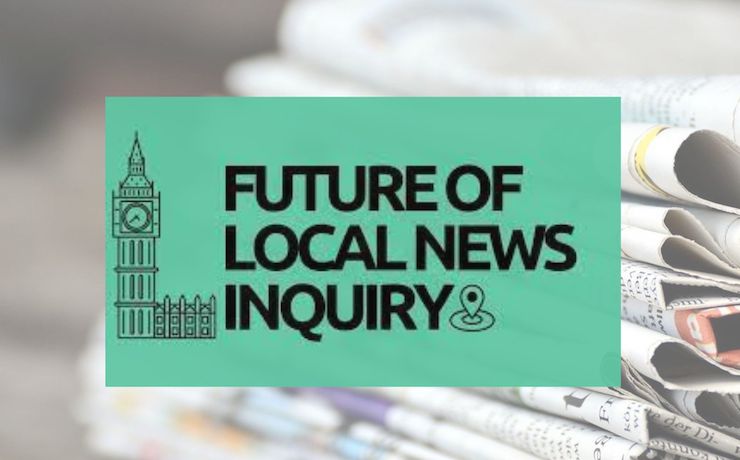 Last month the UK Government’s Department of Culture, Media and Sport opened an inquiry into the sustainability of local journalism.

This is not the first time an inquiry like this has been held, and exasperatingly, it will not be the last.

And yet, we are still rehearsing the same old issues and challenges and failing to find the answers.

These issues are arguably as relevant in other parts of the world as they are here in the UK. They relate back to a seminal report by Dame Frances Cairncross (Feburary 2019) who identified what is broken in our media industry and set out a roadmap, calling for a number of initiatives to be put into place.

Publishers warned there was no time to lose and unless action was taken immediately, titles would close, leaving gaps in coverage across our communities.

She called for a system of regulation for the tech and online platforms and for them to be compelled to work constructively with the news industry; The Government should explore direct funding for local news and new tax reliefs to support public interest journalism; And an Institute for Public News to be set up to oversee a new innovative fund for the future of local and regional press.

Three years later and we are still waiting.

The only real measure that is finally looking like working its way onto the statute books is the Digital Markets, Competition and Consumers Bill that may force the tech platforms to give a greater proportion of revenue earned on the back of journalism created by publishers, back to the commercial sector.

Since Dame Frances’ report, there has been much conversation and debate about regulation – and the experience in Australia gave an indication of what could be achieved. However, regulation is not the panacea – it is something that is surely inevitable – but we cannot just put our head in the sand and blame everything on the tech platforms – that would be disingenuous and wrong.

And so to the inquiry led by Julian Knight MP in which industry experts were invited to give their views about what should be done to support the sustainability of local journalism.

Owen Meredith, chief executive of the News Media Association, representing 900 news titles in the UK, gave evidence and his views about the threats to the local industry he represents.

In the firing line was the BBC and the tech platforms.

There has long been a tension between the BBC and the commercial publishers – as in the UK a free and publicly funded BBC provides an alternative source to news while commercial outlets figure out how to deal with the systemic challenges in our industry in what they claim is an uneven playing field with the BBC.

Owen bemoaned the fact the BBC was intending to recruit more digital journalists into regions well stocked by the local commercial sector which would present a competitive threat to those titles.

While he acknowledged the success of the Local Democracy Reporter Scheme, the key delivery from the Local News Partnership set up between the BBC and the NMA – to increase reporting on local political institutions – he said the BBC was now planning to encroach on territory they should not be entering.

Asked what should be done about it, we heard from Owen saying that an agreement should be struck between the BBC and the commercial sector about what sort of news the BBC should produce.

Responding to a question at the inquiry he said: “What the BBC has proposed is to recruit local digital journalists directly competing with what my members are doing. The BBC is coming into a space and by having a presence in the digital space, they stifle the passive demand for news.”

He went on to say that trying to negotiate with the BBC was problematic. “We can come up with a much better model. We are asking them to come to the table but they are not forthcoming in terms of genuine negotiation.”

So, my first point is why on earth is the NMA and the BBC still unable to find agreement when the Local News Partnership, which I had played a leading role in setting up four years ago, is acknowledged by both sides as “a force for good”?

Publishers cannot agree among themselves about how to deal with the BBC and meanwhile, the BBC appears not to be able to work with the NMA on these policy decisions.

The inquiry then turned its attention to the likes of Facebook and Google. And once again, we heard the same old complaints.

Owen quoted a figure of £1bn of news value  in the UK being redirected by Google and Facebook away from the commercial sector with an unfair balance of power meaning that there was not a fair return of that revenue back into the newsrooms.

The inquiry asked if the Digital Markets Bill – which will introduce a degree of regulation and a fairer redistribution of revenues to publishers – would help to resolve this issue to which Mr Meredith said it needed action now.

Yet, there is once again a failure in getting the whole of the industry together to find solutions.

Meanwhile Rome continues to burn. As Owen told the inquiry: “I would very much like to see the bill published as soon as possible. We have had seemingly endless consultation. The consequences of delay and not seeing a level playing field will be the closure of more smaller titles.”

In his opinion, Google and Facebook are supportive of the concept of regulation.

So, if a Bill is coming, the NMA wants urgent action and the tech platforms are supportive of some kind of change, then it does beg the question, what is preventing them all, including the BBC, from getting around the negotiating table and finding a solution?

This is where the DCMS needs to step in and demonstrate leadership. They have all the cards. They can bring the BBC to the table through the mechanism of the Charter and its renewal. They hold the power through the Digital Markets Bill to bring the tech platforms to a discussion, and they should be asking tougher questions of the key players within the industry about how coordinated they actually are in finding solutions.

This is not a problem of the BBC and tech platforms against the news industry. This is a problem of a massive failure to find a way of working together to find a solution for the long-term sustainability of our industry.

Media Consultant Jeremy Clifford published this post on his blogsite CelebratingJournalism.com. It is republished with permission.