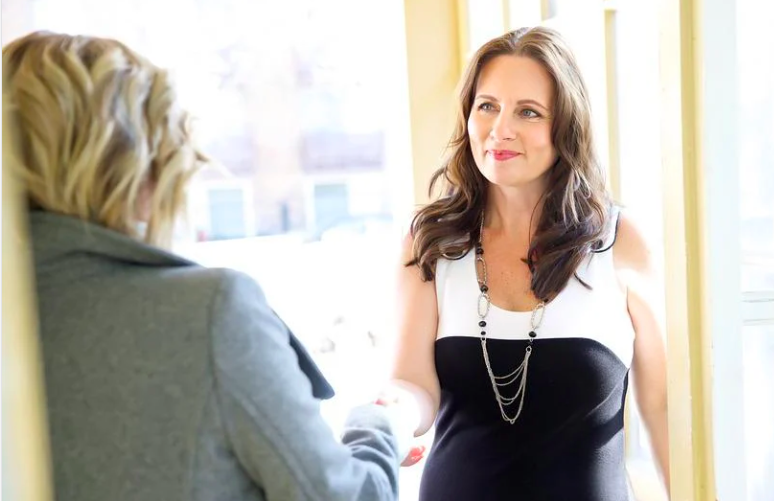 Keiko Yamamoto, a senior commentator for NHK (Japan Broadcasting Corporation) on gender equality, said women made up barely 5 percent of  newsrooms in Japan when she started her career 27 years ago. Now, 20 percent of newsrooms are women but fewer than 10 percent are at management level, she said at the Asian Media Leaders Summit hosted by WAN-IFRA and Google News Initiative recently.

Yamamoto, who is senior manager of NHK’s news division in its Nagoya Station, said when she was a rookie reporter, she was once told by her boss that a news reporter should work 24 hours.

“I was shocked,” she said. Stories she pitched about sexual harassment and childcare were rejected because her editors didn’t think these were newsworthy.

She set up a network for women journalists in Japan in 2001 “because they had the same feelings and experiences to tackle their boss.”

The network meets monthly with guest speakers and specialists to share resources and ideas on issues to cover. The meetings were so productive and effective in establishing women’s issues on the news agenda that Yamamoto ended up becoming a specialist writer on women’s issues.

“It’s so difficult to find how to break the wall to cover the news,” Yamamoto said of most women who juggle two jobs, at work and home, so diligently.

This was the same reason that Women in Media Australia was founded, said Kathy McLeish, a senior journalist at the Australian Broadcasting Corporation (ABC). The association, like Yamamoto’s network, was founded in 2005 by an Australian woman journalist with an aim for women to support each other and carve out opportunities. McLeish has been co-chair of the network since 2017. 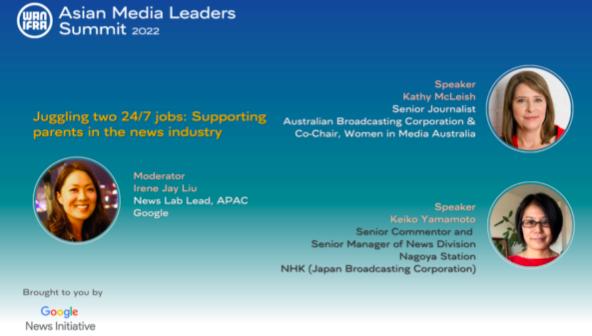 “The benefit of connecting between women, supporting each other and sharing experiences, you start to realise, ‘Oh okay, this isn’t just me,’” McLeish said at the summit. “Seeing successful women, journalists, reporters, women from all walks of media life, technical, digital … and how impressive they are, and to realise we’re really doing great things.”

Supporting women in their rise to senior positions

Both McLeish and Yamamoto believe that mentorship and associations support women in their rise to senior level position.

“There’s also that connection between organisations that women could start to say, ‘hey, there’s a job going over there or conditions here are really good’,” said McLeish, whose network provides support through courses and programmes for women. Women representation in Australia newsrooms is half-and-half, she said.

A survey done by the Reuters Institute of Journalism in 2020 showed that none of the news outlets in Japan had a female top editor. Based on the dataset of 10 countries surveyed – which included Japan, Hong Kong and South Korea – the results showed that only 23 percent of the 162 top editors across the 200 news brands covered were women.

Yamamoto’s network now has more than 900 members and includes women from other professional fields.

“The network believes that women should not quit their jobs but promote each other to go forward,” said Yamamoto.

About the writer: Kavita Chandran is a journalism trainer, author, and professor of journalism & communications at Murdoch University, and runs a media startup in Singapore. She is a  former journalist with Reuters, Bloomberg and CNBC.