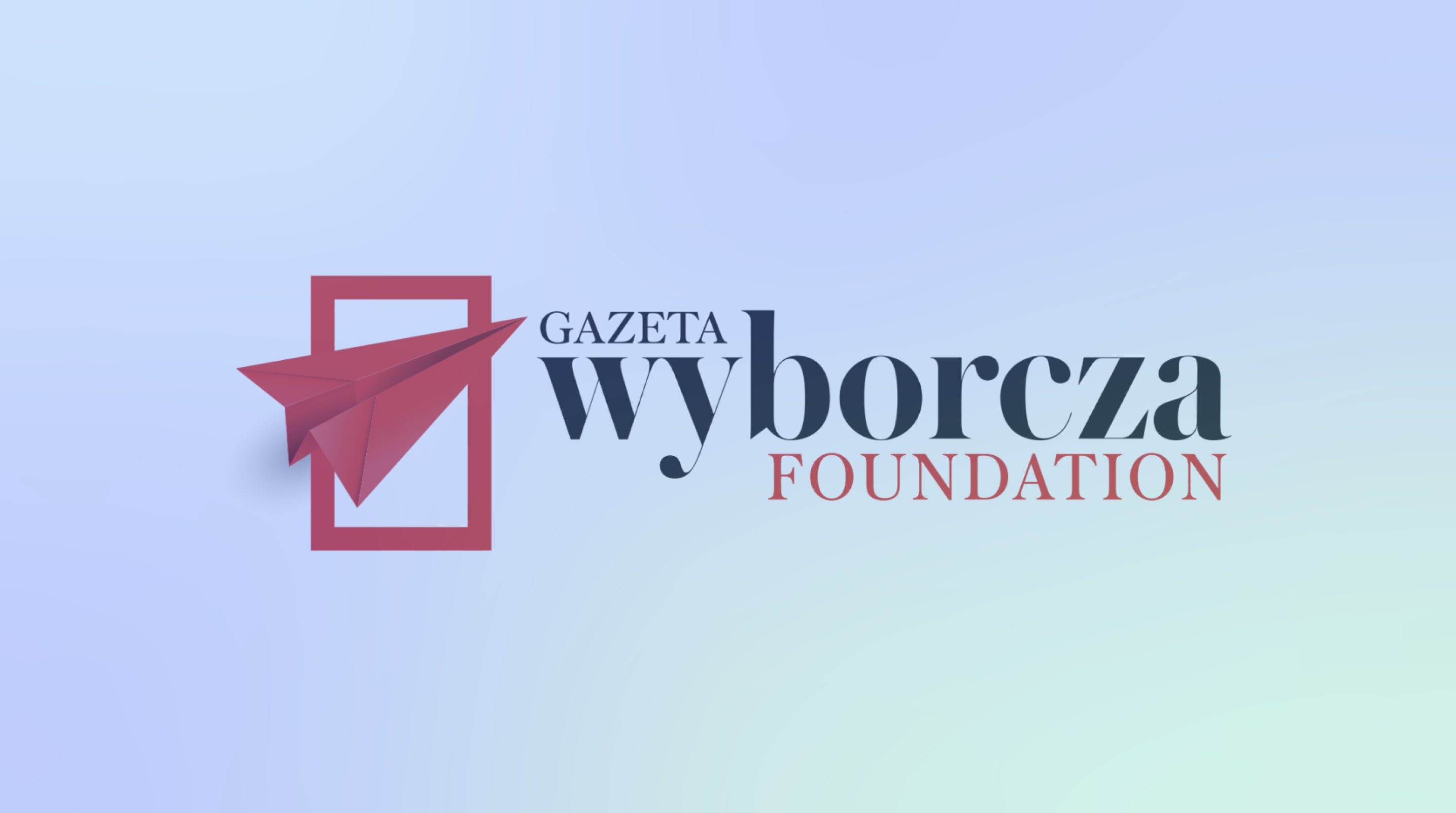 Poland’s Gazeta Wyborcza has been one of the country’s most reliable sources of independent news for more than three decades. It has been instrumental in exposing corruption, questioning the government, and fighting back against populism and censorship.

But the publication hasn’t been content with simply shaking up the status quo. Since 2018, it has operated the Gazeta Wyborcza Foundation to promote tolerance, democracy, and better support the development of independent journalism within Poland and abroad.

“This is our reaction to what happened to us in the past,” says Joanna Krawczyk, Director of Development and President of the Board of the Gazeta Wyborcza Foundation. “It has proven two things. One: resilience is possible in oppressed times. And two: our experience shows that independent newsrooms can survive… but the circumstances have to be very specific.”

The Foundation has many branches, with goals of promoting support and outreach in human rights, democracy, education and the arts. It organizes conferences, debates and concerts that benefit press freedom and democracy, and works to counter fake news and disinformation.

One of the Foundation’s primary activities is supporting independent investigative journalists across Poland through its Investigative Journalism Initiative. Since the program began in September 2021, it has provided grants to 12 journalists.

Thanks to the help of donations from Gazeta Wyborcza readers, in addition to funds from private and institutional partners, the initiative has helped promote investigative journalism in Poland, which has always struggled to survive.

The Foundation also supports the “News from Poland: Democracy at Stake” initiative, an English-language newsletter written by Gazeta Wyborcza journalists and experts. The newsletter looks at Poland’s political landscape, the Covid-19 pandemic and other news to inform foreign readers.

The Foundation’s second arm is international outreach and supporting journalists outside the country. Since Russia’s war on Ukraine began in February 2022, the Gazeta Wyborcza Foundation has provided emergency support to journalists in Ukraine, primarily through a partnership with media outlets in the Nordic region.

They’re currently financing 50 Ukrainian media outlets on a weekly basis, with the help of Nordic media and a grant from the Swedish government. Thanks to their fund, over 150 Ukrainian journalists can receive a regular salary, despite the Russian invasion.

“It’s a really unique situation… media companies that have decided to give money to strengthen other media companies,” says Ms. Krawczyk. “There has been such a feeling of solidarity.”

The Gazeta Wyborcza Foundation plans to continue providing independent Ukrainian media outlets with programmes to help them rebuild and remain sustainable amidst the crisis. But it’s also focusing inwards, looking for ways to support Gazeta Wyborcza itself, whose future remains uncertain.

The publication currently faces more than 100 lawsuits due to its content, which have drained staff time and financial resources. Though civil society has been vocally in favor of saving a free press, there is currently no scheme or government body to aid independent media in Poland.

Instead, a dedicated team of lawyers work around the clock to address all the complaints and make corrections when necessary. But giving up is not an option.

“We need international support to survive, but that’s no longer what we’re opting for,” says Ms. Krawczyk. “We want to develop and thrive. It’s not a matter of survival but strengthening.

“It’s important for our readers as well as media outlets in other countries that we continue to be a symbol of hope… that even if you’re under attack, it’s possible to survive and grow stronger. We just need solidarity.”