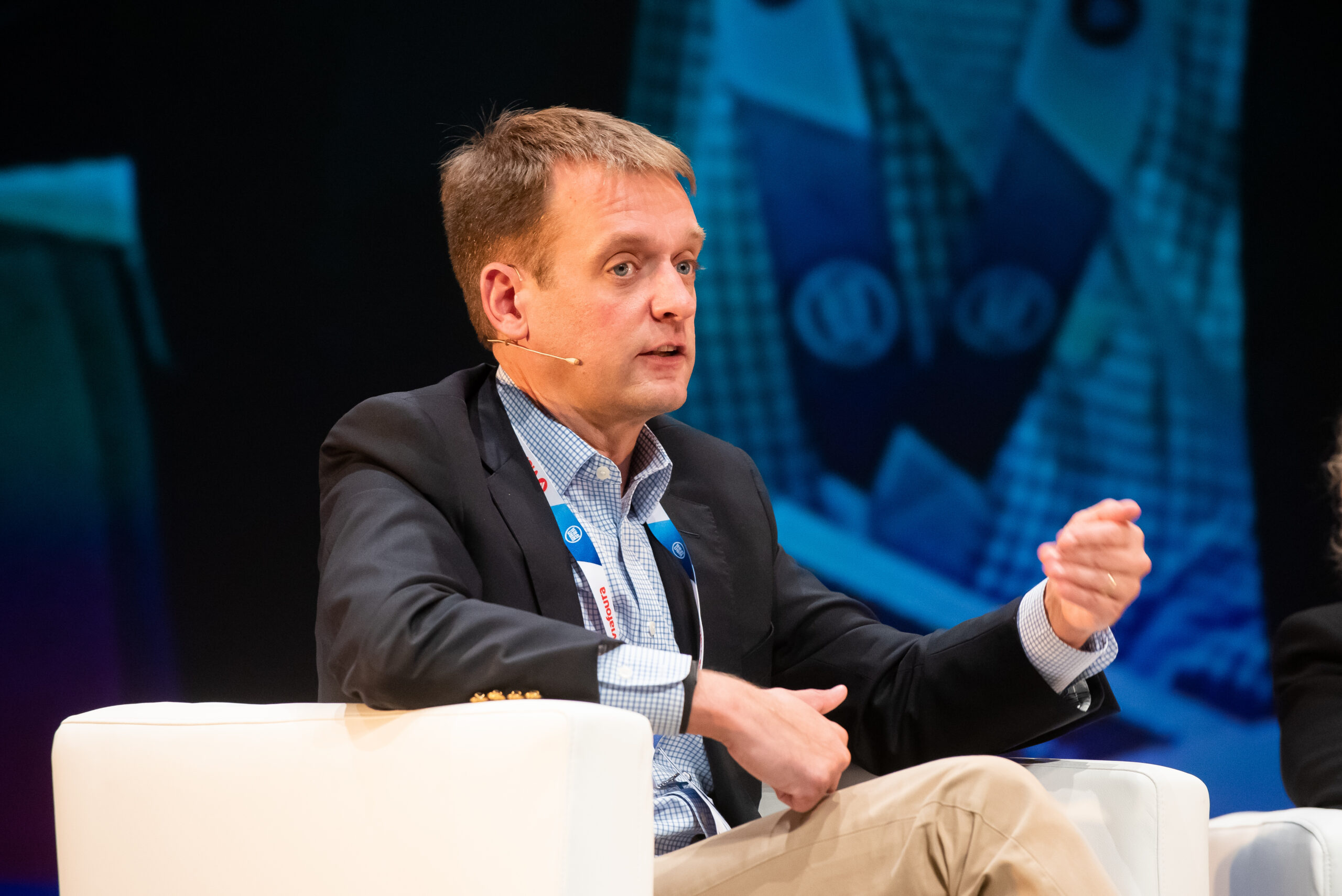 Bought in early August by Cox Enterprises for $525 million less than six years after it launched, Axios publishes a variety of topic-based and city-based newsletters and has been in a massive growth mode for at least a year, with many new launches and many more planned.

Listening to Nicholas Johnston, publisher of Axios, during a panel at WAN-IFRA’s World News Media Congress 2022 in Zaragoza, felt a bit like attending a master class in the possibilities and opportunities for modern journalism.

“We started with a blank screen, a blank white board and a shared office space in northern Virginia,” he said. “Knowing what we know about the media space, and the lessons we thought we knew from print publications and website publications and what the data tells us about media consumption, about attention spans, about how people share information, and with those, we built Axios.”

While Axios is cutting-edge new media, Johnston also has an impressive background in legacy media. He started his journalism career at The Washington Post and spent 15 years at Bloomberg before quitting to join Axios.

The thinking behind Smart Brevity

“It’s a very distinct style we call Smart Brevity, which is a way of delivering information in a way we think is far more efficient and responsive to the consumption trends we’ve seen in the data and our anecdotal life experience on the market for information, which is supposed to fit on the screen of a smartphone,” Johnston said.

A typical Axios story is short and to the point, with lots of one sentence paragraphs and bullet items. Another standard feature are bold points that a reader can skim an article for, such as “Why it matters,” “The big picture,” and “The bottom line.”

The reasoning behind this is based on the way that people’s information consumption habits have changed, he added.

“A lot of journalism, particularly in the United States, is 1,000-word articles on old news,” Johnston said. “When that style was invented in the 1850s, it made a lot of sense because the only information you had was the print product that was dropped on your doorstep. But now my access to information is infinite. I can pick up my phone and ask it a question and it will tell me anything I need to know.”

‘What’s new and why it matters’

Today, he said, it’s more important for journalists to sift through that information and “tell our readers what’s new and why it matters, which are the standard building blocks of an Axios story.”

“We are very specifically a newsletter company,” he said. “Email is still, for being a 40-year-old piece of technology, very useful. A lot of people live their lives there. It gives a sense of completeness. And unlike the internet, I know there aren’t Russian agents or Nazis in my inbox. Spam filters are very good. And I can have a very strong control over the information that gets in. It’s one of the few safe spaces on the internet. So that’s where we launched, and we found additionally to that, especially with local, is that it really creates a sense of connection with the reader.”

Ultimately, Johnston said, Axios is trying to recreate the feeling that people had about getting their print newspaper delivered to their front door each day.

“That habit that when I wake up in the morning, I know that Axios is going to help me get smarter faster on what is happening in our community,” he said.

“And because it’s an email relationship,” he continued, “no platform controls the algorithm. There is no knob that Facebook can turn that will mean people in Des Moines won’t get the Axios morning newsletter … we own that connection to the audience, which I think is extraordinarily important now and far more valuable than trying to understand or game a platform algorithm to deliver readers.”

‘Be true to yourself’

Likewise, while Axios is clearly a modern media company, they have no plans to try to be active on every platform going. Indeed, Johnston sees that path as a risky one.

“I think it’s very important to be true to yourself,” he said. “We are a news and information company. We are delivered by email. So we are probably going to look like idiots if we started a Twitch account.

“And I think where a lot of publications go wrong is they say ‘Oh, podcasts are cool now. We’re print people, let’s start a podcast.’ Or ‘Video is cool now. We’re audio people, let’s start doing video.’ I think it’s helpful to understand where those lanes are and experiment and sometimes you’ll completely catch fire, like what The Washington Post has done on TikTok, which is amazing.”

This mix of delivering content in line with modern information consumption trends while staying true to one’s own essence is clearly proving successful for Axios at a time when, aside from a few bright spots, many US news publishers are still trying to find their way through what Johnston referred to as “the Valley of Sadness.”

Contrast that with Johnston’s response to a wrap-up question about what keeps him up at night.

“Where am I going to find all the journalists I need to hire next year?”

Photo of Nicholas Johnston at #WNMC22 by Maite Santonja for WAN-IFRA.