Daily Maverick, which last week won two of six WAN-IFRA’s 2022 Worldwide Digital Media Awards – for its daily newsletter and membership initiative – has created a shareable anthem in a bid to rally action worldwide to avert a climate catastrophe.

Editor in Chief Branko Brkic and environmental journalist Tiara Walters have spent 40 months turning Eve of Destruction, the protest song from the 1960s, into a seminal song for our time.

“We came up with the idea for 20Twenties: Eve of Destruction in July 2019, but we truly started working on it in late September 2021 – the pandemic hobbled us badly,” says Brkic.

He and Walters created the new words. “The song is such a genius piece that we needed only 12 lines changed. Universal music organised us the rights.”

The result is a a powerful and disturbing video, featuring Western Cape artist Anneli Kamfer and more than 50 images from Getty Images and Adobe Stock.

So where did the inspiration for the anthem come from? “I was most fascinated by the effects the 1983 movie The Day After, which changed the perceptions of nuclear conflict in the US and probably pushed Ronald Reagan a bit towards deal with Michael Gorbachev,” says Brkic.

The music video is not the end of the project.

“There is much more to come in the slipstream of 20Twenties: Eve of Destruction. This is just a beginning. Let’s talk about what we should do to avoid the catastrophe that we have tried our best to ignore for so long.” Brkic’s ambitions are global and is hoping for Eve of Destruction concerts in many places around the world.

Read Brkic’s call to action (We are in deep trouble..).

Read how the idea came into being. 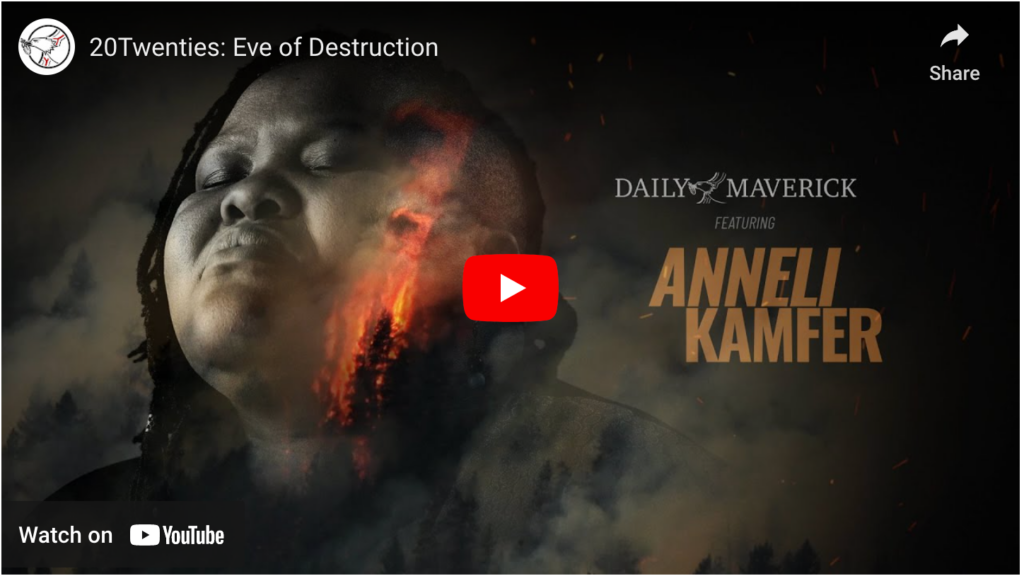