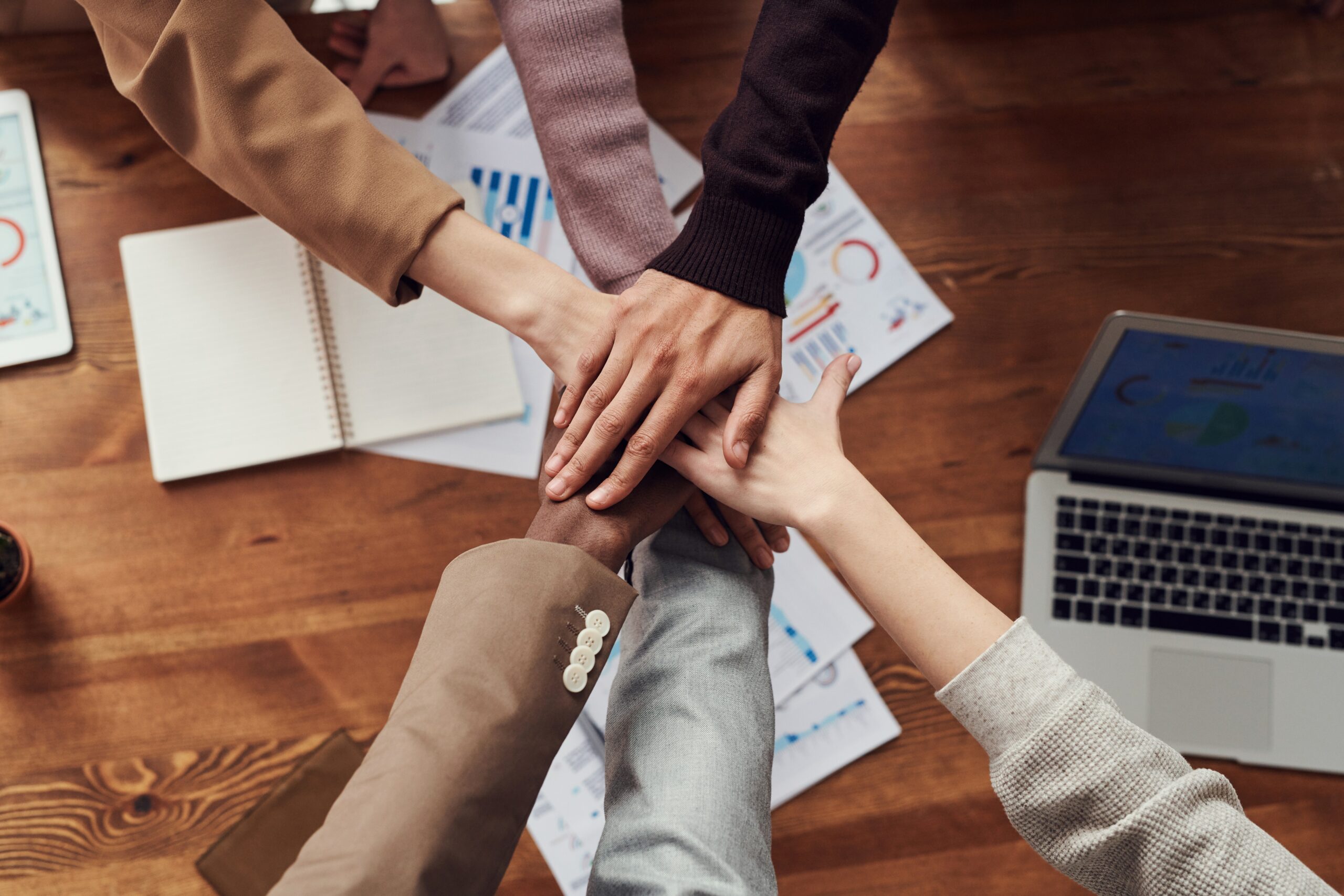 While the ranking this year saw a marginal improvement (up from 140th), the issue of gender disparity persists.

Akanksha Saxena, a person of colour, has worked in newsrooms internationally for about 10 years. She joined WAN-IFRA for its recent Indian Media Leaders eSummit to talk about the need for building diverse and inclusive newsrooms.

Saxena started her career as a researcher with BBC in 2011. This was the time when discussions about diversity were already underway and media organisations were forced to make policy changes after minorities demanded to see more on-air representation.

“I’ve faced a slew of challenges working in these newsrooms that are largely white, male dominated, and I have tried to make my way through that. It’s been an interesting journey filled with learnings,” said Saxena.

Now, an editor at Deutsche Welle, Saxena said the organisation is constantly working towards becoming more diverse and inclusive.

While there are many reasons for creating more diverse newsrooms and companies, a very tangible one is that the most diverse companies are also more likely than ever to outperform non-diverse companies on profitability.

This is proven by a 2019 McKinsey analysis that shows that companies in the top quartile of gender diversity on executive teams were also 25 percent more likely to experience above-average profitability than peer companies. The reason behind this is bringing diverse perspectives and taking risks, said Saxena.

“Given the degree to which media organisations rely on the ability of all their staffers to effectively connect with sources, audiences and each other, there is little doubt that a more diverse newsroom can be more productive, and therefore a more profitable one,” Saxena said.

According to Saxena, diversity is each person’s individual story stemming from their experiences and circumstances, which makes for a unique view of the world; and diversity is being accepting of these realities.

“My experience as a woman having grown up in urban India is starkly different from say, a Dalit (a member of what is considered to be the lowest caste in the traditional Hindu social hierarchy) journalist. So, without diversity, we end up painting a distorted picture of reality,” she said.

So, what does diversity mean in the specific context of journalism? 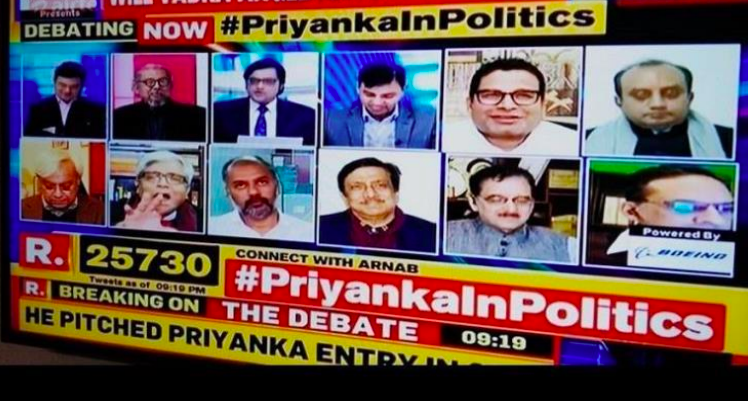 A “manel” of 12 male speakers discussing a female politician – Priyanka Gandhi – without a female perspective that could add substance and layers to the debate. (Screengrab)

According to the 2021 UN Women Report, only one in five panellists across English prime time debates is a woman, with the gender representation actually decreasing between 2019-2020. The situation for Hindi prime time is worse with just one woman for every 10 male panellists.

According to the same report, while discussing sports, all the panels across English and Hindi channels are manels (men-only panels), with women being best represented in human interest, cultural, and entertainment stories.

“There are very few women covering sports, politics, defence – fields that are referred to as ‘serious journalism beats’,” Saxena said.

As per the latest Oxfam-Newslaundry Gender Representation in Indian Newsrooms 2022 report, women were completely missing from panel discussions on defence, sports and business. Only women experts from specialised fields such as law, civil societies and NGOs were seen discussing issues such as politics and law.

Female journalists rarely touched the mark of 50 percent even on issues related to gender; representation of the third gender still remains far-fetched in newsrooms.

The situation is no better in print media. Across newspapers, three in every four articles are written by a male journalist.

The UN report found that most publications saw an improvement in the share of news stories written by women from 2019-2020, but a dip in the number of female journalists (i.e. there were fewer female journalists, but they were writing more articles). The report also recorded a disproportionate amount of co-written articles were male collaborations only.

According to the report, the highest share of women-authored news stories was on business pages, and the least on sports pages. Gender issues were covered sparingly but women wrote 44 percent of those news articles.

Of the 18 percent of all analysed articles related to COVID-19, only 36 percent were authored by women.

The latest Oxfam-Newslaundry Caste Representation Report (2022) surveyed 218 digital, print and TV newsrooms and found that 191 of them had leadership positions that were held by journalists from the general category. None of the mainstream media houses had people belonging to SC/ST (Scheduled Castes/Scheduled Tribes) categories in leadership roles. Two from SC/ST categories held leadership positions in two alternative media platforms.

Here are the key highlights from digital and print media surveyed:

“These hard facts are indicative of why the Indian news media is not diverse and inclusive enough,” Saxena said. “Without proper representation, we cannot actually have a complete picture of the mediascape. These varied experiences are what really make the crux of news storytelling.”

In recalling her time as a BBC Producer, Saxena said: “We would cover stories from the hinterlands of India and mostly, women would refuse to talk in front of the camera. We realised they were uncomfortable with a male cameraperson and were, therefore, unable to express themselves clearly.

“Once we switched to a female cameraperson, we noticed the women we were filming appeared more confident in talking about the discriminations they face daily, asking for accountability from those in power. So, this is primarily about access.”

“News should be about balance. We need to have different viewpoints to add value to our coverage.

As part of Deutsche Welle’s growth strategy and ethical responsibility, the editorial team is increasingly trying to include more women in their coverage, as well as strike a gender balance in the newsroom.

Last year, DW launched a miniseries called HER – Women in Asia, which follows the lives of Asian women talking about issues plaguing them in a male-dominated society.

“As a result, so many more women have actually started engaging on our platforms,” said Saxena.

Global trust in media has been rapidly depleting.

An Ipsos study of 27 countries found that during a five-year period from 2014-2019, public trust in newspapers and magazines dropped by an average of 16 percent. In the United States of America and Great Britain – two countries traditionally seen as home to model independent media systems – public trust in print media dropped by 26 percent and 27 percent, respectively.

A similar pattern can be seen in radio, television and digital media, in all the countries surveyed.

The study also states that building diverse newsrooms is even more important to establishing trust with underrepresented groups, where “the challenge is often not about rebuilding trust, but about building a relationship from scratch.”

Best practices for and from newsrooms