Based in Singapore, SPH Media has eight daily newspapers published in four languages – English, Malay, Tamil and Chinese. They also own five radio stations, 10 magazines, and more than 50 digital websites and applications.

“Any transformation journey must begin with acceptance and recalibration. It is essential to not only empower your employees, engage your customers, build new products, and optimise your operations, but to be extremely strategic, intentional and systematic about it,” said Gaurav Sachdeva, Chief Product Officer, SPH Media, Singapore.

Sachdeva joined SPH Media in 2018 from a high growth startup, Grab, having just completed Uber’s acquisition in Southeast Asia, and had to recalibrate himself and his expectations with how a traditional media organisation functions.

One of the tech learnings Sachdeva brought over to SPH Media was to listen to his team and identify their problems and what’s working for them, as well as where things can be done better. “Many times senior leaders get stuck in ivory towers. I advise you to listen effectively to your teams and be approachable,” he said.

Sachdeva advises to establish a few principles – customer centric, audience centric, structured, analytical approach – after you’ve identified where you want to get to and change the narrative of the organisation towards it. He lists three tenets:

Product and design people have to work and tailor their message for various stakeholders – Editorial, finance tech, operations, support, strategy, and sales and marketing. What does the process of building products look like from that perspective? Sachdeva recommends splitting the work in two parts:

The typical technological workflow while working on a mid to long term initiative is to validate it, identify the hypothesis, experiment with the riskiest assumptions, and eventually build it, according to Sachdeva.

“How product and design teams function is similar to how journalists thrash out stories – with ethnographic research, user interviews, contextual inquiries, surveys and secondary research and empathy maps,” said Sachdeva.

“Media houses must try to maximise the probability of their success by clearly defining the problems from the symptoms they hear,” he said.

Helping the newsroom from a product standpoint

“We align our organisation structures in a way that in a squad, people who are continuously represented and are creating and managing their own maps are not just product and engineering managers but also editors. This is how we tackled it from a process perspective,” he said.

However, the brand also catered to the human element perspective, which is empathy. It embedded product managers and engineers into editorial meetings and editors into scrum meetings so that an understanding could be reached on both sides about the various functionalities.

North star targets are knowing what position the company is in and what direction it wants to get into, and then as a team, determining the metrics.


The key thing to remember while forming a business strategy is to be mindful that audiences and their needs, functionalities and requirements are going to differ for every media company. Sachdeva recommends being data-driven and data informed in decision-making.

How does this prioritisation take place? After determining measurable metrics, it develops an RoI (Return on Investment) framework. According to Sachdeva, this framework is nowhere near perfect but one that forces people to think about the impact any particular initiative will have in terms of subscriptions, advertising revenue, or just making the teams more productive. How much effort will be expended in doing this?

“In the initial phases of our testing, we simply employed our existing resources and people, without any infrastructural costs. This gave us a very rudimentary mathematical model of stacking the various initiatives that we were running into,” said Sachdeva.

“This is also, however, where gut instinct comes into play. There are some strategic bets whose RoI may be low, but you still want to pursue them, just to see its success rate in the long run.”

“Often, we build products because our competition is doing it. Take inspiration but do not mimic. Hyper localise that same capability that works for another organisation, and contextualise it to suit the needs of your own,” continued Sachdeva.

How did SPH Media do it?

Singapore is a diverse, multicultural, multilingual country. Therefore, any products the brand develops must be hyperlocal.

The brand found itself in a two-sided network of hyperlocality. It wanted to bring in paying subscribers, while at the same time build advertising. “This is a network effect simply because the more good quality subscribers you bring in, the better you will be able to pitch to your advertisers to help your brand grow with the advertisers and monetise content,” said Sachdeva.

Here are a few products at SPH Media that did exceedingly well:

Not a novel or uncommon product, but the success lay in the fact that in Singapore, the majority of the people who were buying the printed newspaper, were in the older demographic. The company set itself two objectives:

This resulted in repurposing the old e-paper design and designing a whole experience around. This made the printed paper accessible on a large 10-inch tablet, for which they struck up a partnership with Samsung.

“We wouldn’t have been able to think of this innovation had we not spent time understanding what our older demographic really wanted. We came up with a hypothesis and tested it with data and research,” Sachdeva said.

When the company launched the revamped e-paper with one publication as a test, it did not know if it would be a success. However, after noting traction, it created pipelines and structures within the organisation to enable onboarding all the other publications.

SPH Media is in the subscription business and aims to serve a frictionless subscription experience for its users.

The brand realised its checkout process was not efficient. After running a data-backed funnel analysis, it revamped the subscription journey to reduce it to just three steps:

They also studied follow-up analytics to engage those who abandoned the cart, did not renew or cancelled their subscriptions.

The brand discovered that a lot of its users were listening to podcasts and wanted to reduce friction by making news accessible in audio formats.

To do this, SPH Media onboarded its news onto Google devices. It extracted 2-3 minute segments every hour on SPH Media-owned radio stations for its headlines and summaries to be read out, which were linked to the Google devices.

Sitting on a goldmine of copyrighted images for years, especially relevant for creative design agencies that are always on the hunt, propelled SPH Media into turning those archives into a two-way marketplace, where not only could users purchase the pictures but also contribute.

“Public photo repositories are mostly replete with Western faces. We had a ton of pictures featuring Southeast Asian faces and doing nothing with it. If you’re a photographer and upload a picture to the marketplace, we give you a revenue cut,” said Sachdeva. 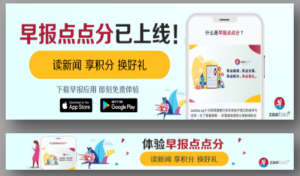 It launched gamification techniques, a redeemable reward point system and started contextualising them. For example, points for reading news articles, and redemption after a one-week streak with its advertising partners.

“So, in creating a capability for our subscribers, we were able to tap into our advertising partners. Both the segments benefited,” Sachdeva pointed out.