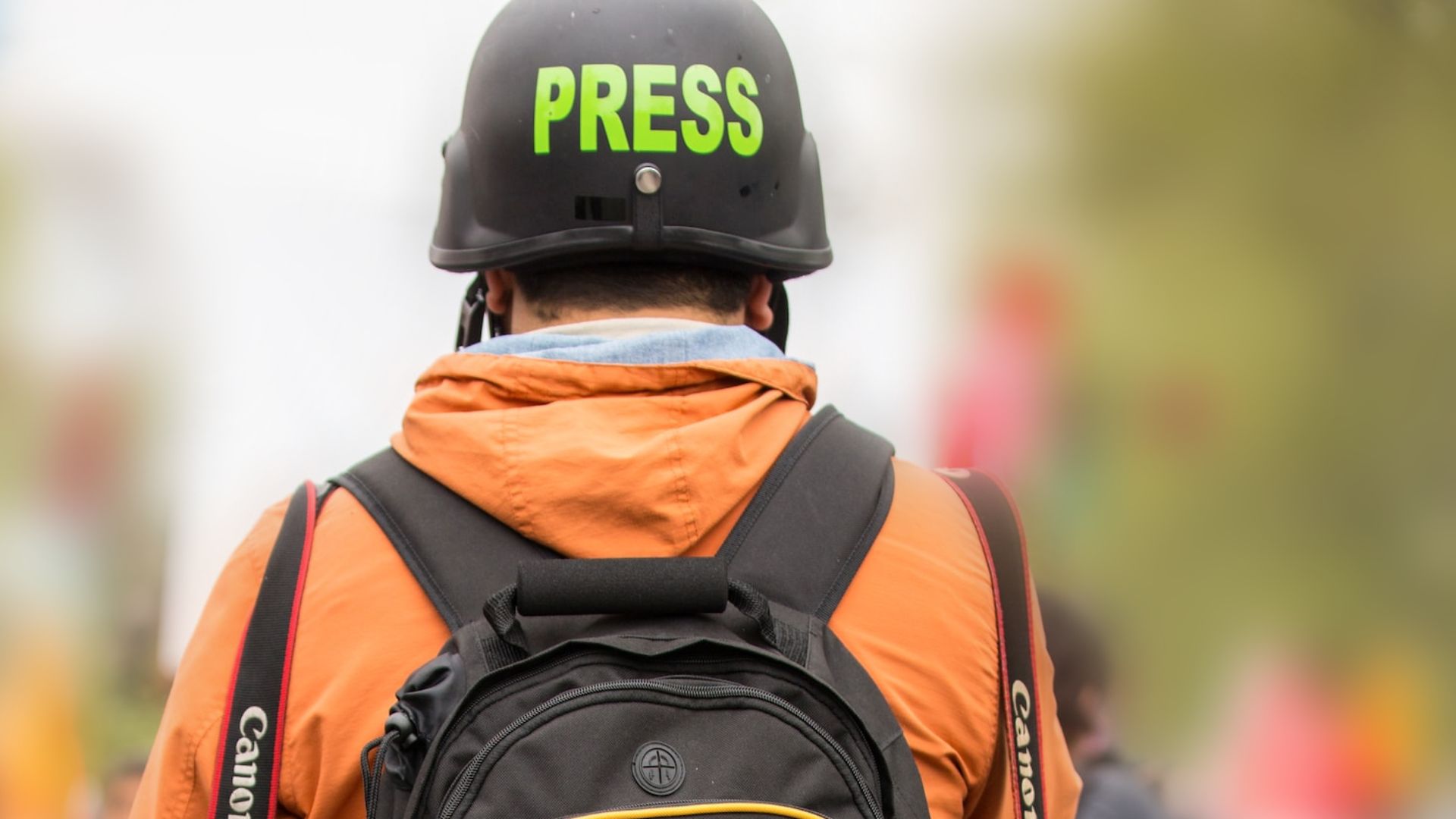 Russia’s full-scale invasion of neighbouring Ukraine has been the biggest story in global affairs since the late days of February 2022.

The consequences extend far beyond the borders of Ukraine and Russia, and reporting on the effects of this war is not restricted to experienced conflict and foreign affairs reporters working on the frontlines.

Given the long track record of sophisticated media manipulation by Russia in particular – though Ukraine has had its moments – and the potential that the conflict could escalate even further, the difficulties of reporting the stories raised by this war ethically, accurately and safely are manifold.

The Committee to Protect Journalists says that at least 12 journalists have been killed in Ukraine and many more injured. Journalists should have all appropriate training, support and risk assessments. Commissioning editors should be extremely cautious about their use of freelancers, to make sure they are not indirectly encouraging unnecessary risk-taking.

Journalists need to be aware of their safeguarding duties towards sources and in-country support staff such as fixers, as well as being familiar with relevant international human rights treaties. While the UN charter does not bind news outlets, journalists should be aware that, for example, footage and photography of prisoners of war should not be used, nor should interviews with prisoners supplied under coercion.

Away from the front lines, outlets must be appropriately sceptical: neither the Russian military nor the Ukrainian government should be regarded as accurate sources. The information they provide requires independent verification or careful caveating. This is not to draw a parallel between the two, but many governments during wartime use strategic misinformation, and it is the job of independent journalists to separate fact from fiction and propaganda.

Similarly, user-generated video requires expert verification and careful consideration before being broadcast. It is an all-too-common practice for hoaxers to reuse old footage (or even footage from TV dramas or video games) to fool media outlets, which can affect the broader credibility of the news organisation.

Russia, however, is far more sophisticated than this. The genuine swell of grassroots online support for Ukraine has dampened its usual ability to dominate social media. Ukraine’s army of “fellas”, comedic pro-Ukraine Shiba Inu avatars, engages in constant online counterpropaganda, for example.

Russia has proven itself able to use well-intentioned reporting or remarks from Western sources to its advantage. There have been multiple independently verified reports of atrocious human rights abuses by Russia during the Ukraine conflict – including mass graves, torture of prisoners and the use of rape and sexual violence as weapons of war. Amnesty International, however, produced a controversial report accusing Ukraine of breaching human rights law by operating military assets in civilian areas. The NGO was accused by several international law experts of misunderstanding the law of armed conflict, while Russia skilfully seized on the report to draw false equivalences to international audiences.

Jane Lytvenenko, journalist and contributing researcher at the Shorenstein Center on Media, Politics and Public Policy (and a Canadian-Ukrainian), notes the risk of both Russian fakery and exploitation.

“Russia has been known to manipulate reporters with fake documentation, including photos and videos,” she said. “At the same time, it uses reports or commentary from around the world to its advantage — Alex Jones, Tucker Carlson and Elon Musk making an appearance on [Russian] state television is a good reminder of that.

“Journalists need to understand how to track down sources or photos or videos for verification before amplifying or reporting on them. At the same time, they need to be careful and thoughtful in framing their reports to avoid being weaponised by Russia’s vast propaganda machine.”

Bellingcat founder Eliot Higgins flags a particular risk to wire services, which are constrained by extreme time pressure and working practices based on accurately reporting what various actors say – as an information source for other news outlets. But that doesn’t always work as intended in the modern online world.

“The Russian government understands how the Western media reports statements from foreign governments, generally outside the context of fact-checking and verifying statements made by their officials,” Higgins said in a written interview.

“They use that as an opportunity to spread disinformation, particularly through wire services.”

Another example of an ethical dilemma is whether to report information on Ukrainian casualties. In the early days of the invasion, by unspoken consensus (though very much at the request of Ukrainian authorities), Western outlets overwhelmingly chose not to report such details. But as the conflict continued, this consensus broke, with some outlets choosing to report on casualties. There are conflicting duties and responsibilities at play here – different outlets will make different choices, but this should come after appropriate thought, rather than casually.

Similar choices surround the reporting of Ukrainian troop movements, strategy or where missiles or drone strikes land. The Ukrainian government has imposed restrictions on journalists including not revealing the names of units or their location, not filming military installations, waiting several hours before reporting a missile strike or bombardment and coordinating their movements in combat zones with the armed forces, as such information could be used by Russia to target future strikes more accurately. Again, individual journalists and outlets will need to make their own choices – and where individual journalists find themselves at odds with their outlet, they may wish to contact their union.

All conflicts raise serious ethical issues for newsrooms. The big challenge in Ukraine is being savvy about how Russia might exploit accurate (or at least ‘reportable’) information and deciding how much to adjust our working practices to suit that. This will be a question that only becomes more pressing in the years to come.

This article, first published by the Ethical Journalism Network, is republished with permission

James Ball is the global editor of The Bureau of Investigative Journalism where he oversees the not-for-profit’s international reporting projects. He also works as a freelance writer and broadcaster and is a weekly columnist for The New European. He was appointed as trustee of the Ethical Journalism Network in December 2020 and chairs its UK committee of advisors.

Photo by engin akyurt on Unsplash

The Ethical Journalism Network (EJN) with the support of the Evens Foundation has commissioned a series of articles about the ethical challenges facing journalists covering this war – in Ukraine, Russia and around the world.  This series follows the recent publication of media landscape reports – ‘Building Trust in Journalism in Central Eastern Europe‘ – on Bulgaria, Czech Republic, Georgia, Hungary, Poland and Slovakia.