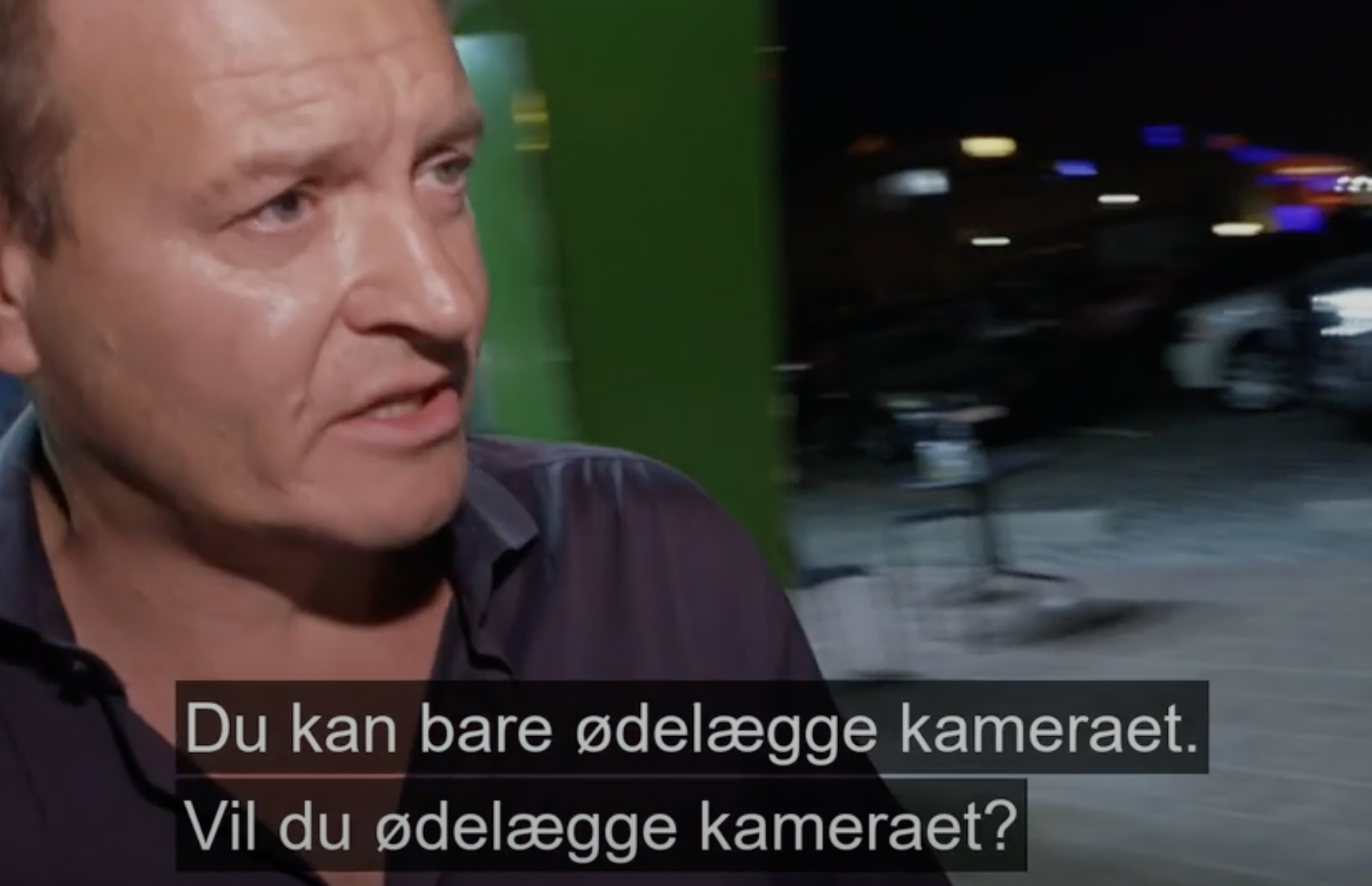 WAN-IFRA has denounced attempts by the Qatari security service to interrupt a live broadcast by Danish TV 2 correspondent Rasmus Tantholdt as he filmed in Doha on Tuesday ahead of the start of the FIFA World Cup.

WAN-IFRA urges FIFA to do more to ensure the safety and safe working conditions of the thousands of journalists and media professionals who will be covering the tournament that begins on Sunday.

According to security officials – whose intervention was caught on camera as the correspondent broadcast live back to Denmark – the news crew did not have the necessary permission to film in public. Tantholdt immediately produced the necessary accreditation giving TV 2 authorisation to film, as one of the security officers proceeded to threaten to smash their camera equipment.

“We are alarmed but sadly not at all surprised by this show of aggression towards a news crew covering the lead up to the World Cup,” said WAN-IFRA’s Press Freedom Executive Director, Andrew Heslop. “Media freedom is anathema to Qatari authorities and this attempt to shut down a live broadcast fits entirely with their efforts thus-far to control and shape the narrative around this tournament.

“Restricting coverage and controlling journalists has been top priority for Qatar to avoid scrutiny and accountability for the appalling situation regarding migrant workers as well as the country’s wider human rights record. In an overzealous attempt to impose their highly restrictive media policy, the Qatari authorities have shown their hand and FIFA must act to ensure this is not repeated.”

In October, permitting terms for international broadcasters were described as containing sweeping reporting restrictions that would have “a chilling effect” on any non-football related coverage.

FIFA had previously said that it was working with Qatar’s supreme committee to ensure the best possible working conditions for media attending the tournament, as well as ensuring that broadcasters continue to report freely without any restrictions.

And earlier this month, speaking at a UN-organised event in Geneva around the international day to end impunity and crimes against journalists, the Permanent Representative of the State of Qatar to the United Nations in Geneva, H.E. Dr. Hind Abdulrahman Al Muftah, underlined that journalists should never be a target for violence and killing, stressing the importance of being capable of carrying out their duties freely and without being exposed to any fear of harassment, intimidation, reprisals, or being killed.

In November 2021, two journalists working for Norwegian public broadcaster NRK were arrested and briefly detained while filming in Qatar, despite having obtained permission. WAN-IFRA and WEF wrote to FIFA to express concerns raised by members and to seek assurances ahead of the tournament. The invitation to begin dialogue on these matters has, to this date, remained unanswered.

“We call on FIFA to ensure a safe and respectful working environment for the media professionals who will be in Qatar. There is no place for intimidation or threats of violence against journalists; FIFA needs to communicate this to the Qatari authorities loud and clear,” continued Mr Heslop. “Qatar has shirked accountability throughout this entire process, but the buck stops squarely with FIFA. They have the responsibility to ensure their tournament is a safe place for all.”