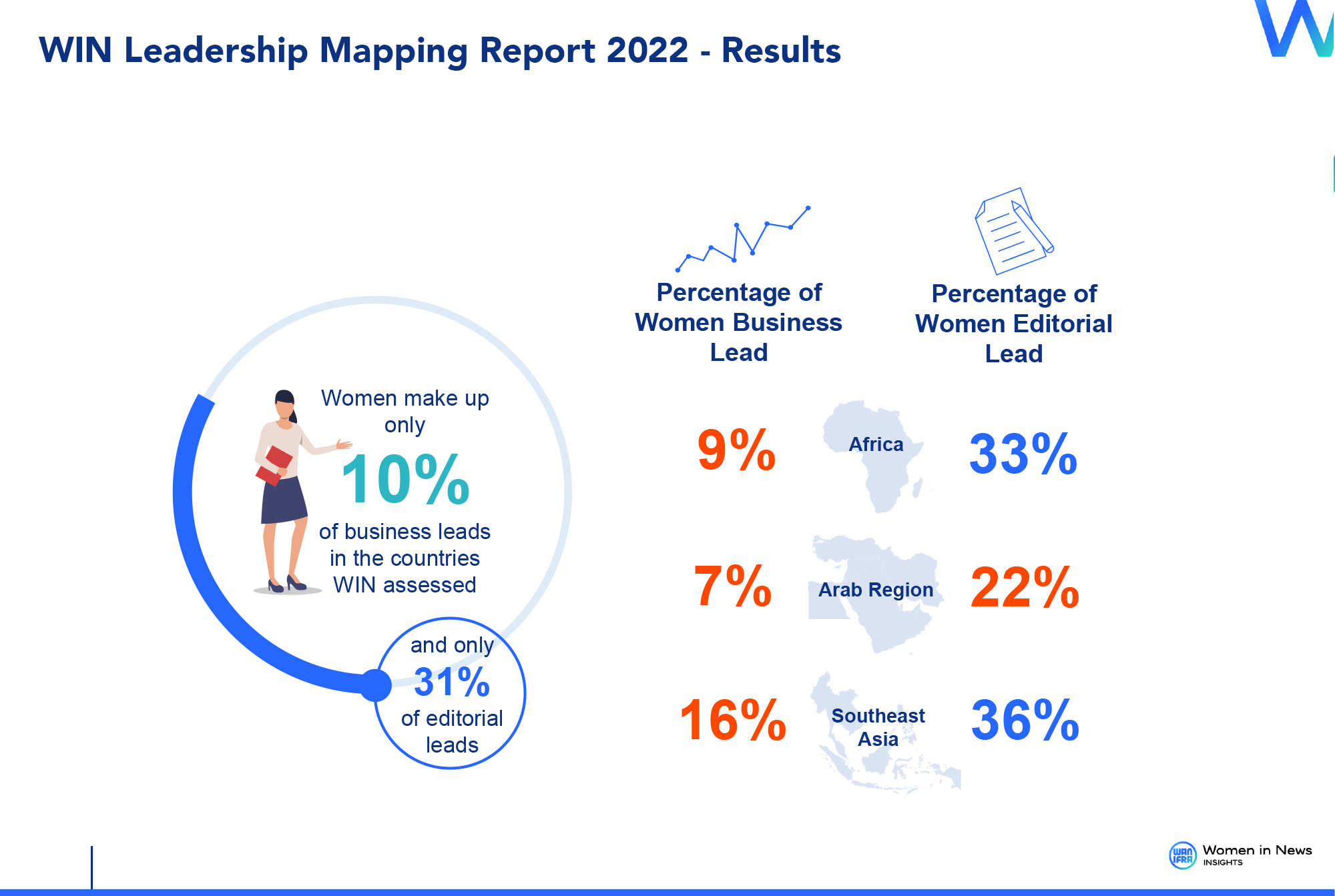 As an organisation focused on driving equality in news media, WAN-IFRA Women in News’ research sought to provide a snapshot of the structure of newsroom leadership and understanding of the gender gaps.

For our Media Leadership Mapping we analysed major news outlets in 17 countries.

On average, we found that women hold just 10% of business leadership positions – this covers the seats of the CEO or board chairperson. On the editorial front, women make up just 31% of editorial leads, which covers positions like those of the editor-in-chief or executive editor.

**These results echo those of a 2022 Reuters report on women and leadership in news media that found that women occupy 21% of the top editorial positions. The report looked at 240 online and offline outlets in 12 different markets, overlapping with WIN research on Kenya.

Women are underrepresented in newsroom leadership. Bringing about gender balance in this area requires that news organisations have focused succession planning. Correcting the imbalance in leadership must be a deliberate strategy.

Organisations need to think about who they’re hiring next as leaders and prepare a pipeline of women who they can groom into these positions. The only way we can tilt the scales is if CEOs of today take up the responsibility to plan for the CEOs of tomorrow.

As it is, women journalists receive insufficient development support. They are also affected by gender-specific challenges – such as sexual harassment, unequal pay and threats of violence – that push them out of the industry prematurely.

Women’s progression in the media is also curtailed by invisible walls, including biases and stereotypes about their leadership, capabilities and aspirations. These hurdles are created by, or reinforced through, systemic and process aspects of organisations.

As a result, succession planning must deliberately centre women. Various studies have found that where women are in top leadership positions, businesses have: improved financial performance; strengthened organisational climates; increased corporate social responsibility and reputation; talent is leveraged better; innovation and collective intelligence are enhanced; and crises are handled better.

The ethical and moral case for equal ratios of women and men in media leadership is indisputable – so is the business case. 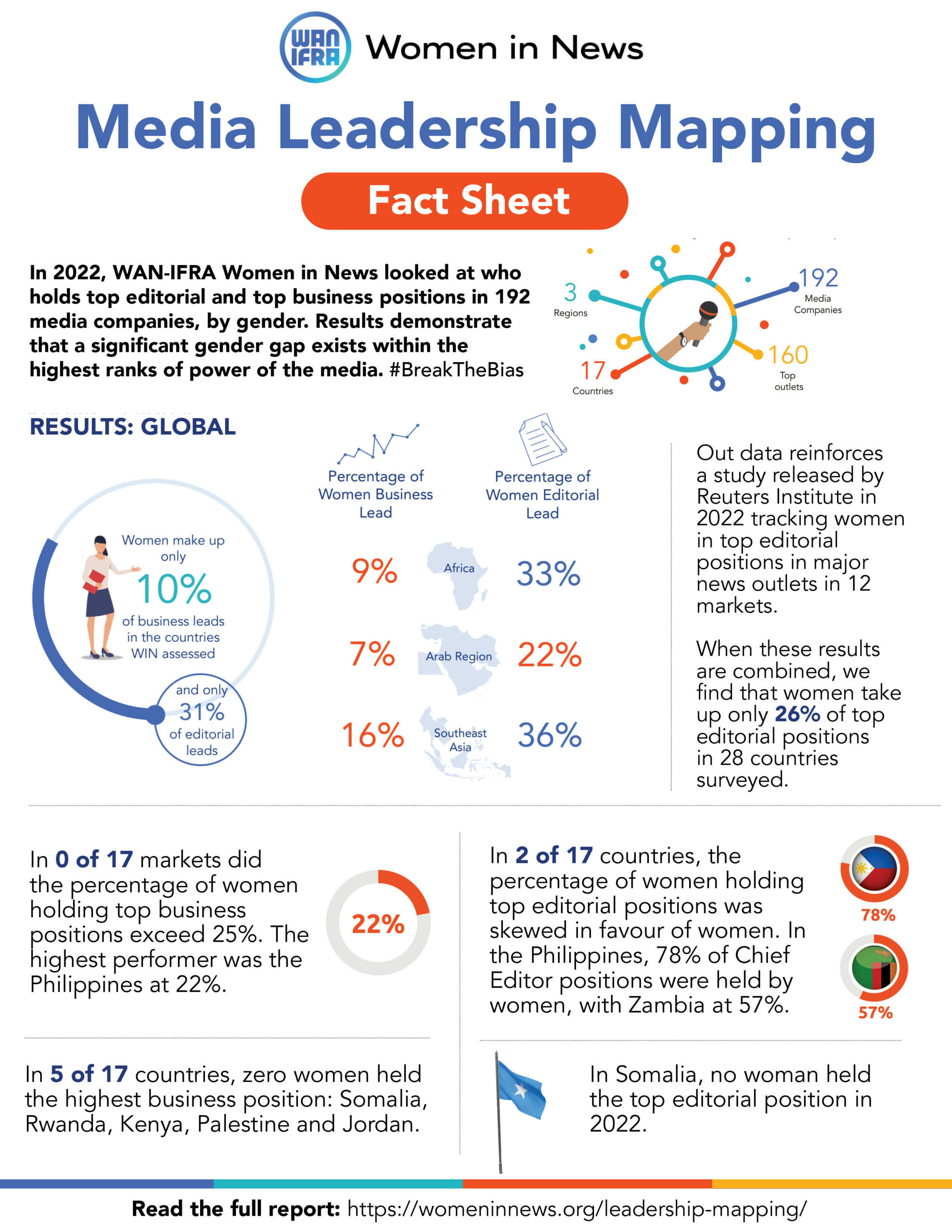