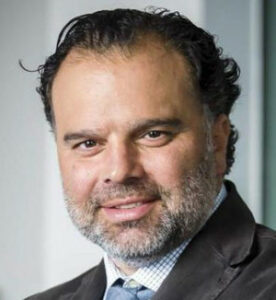 Fernando de Yarza is member of the board and the executive committee of Vocento, the leading general interest news publisher in Spain (ABC, and eleven regional newspapers including El Correo). 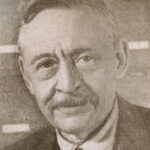 “The need to create an international press Federation became clear because press everywhere holds, beyond its national mission, an international cause. In every country, the role of the newspaper is to reliably inform, frankly discuss, and maintain a sense of community within society. But the press must also work to strengthen a worldwide peace based on justice. Accordingly, a free press peacefully holds the same fight as free citizens…”

WAN (then FIEJ) was founded in uncertain times. At the end of the Second World War, the newspaper industries of the belligerent nations lay, in some cases, in ruins, in other cases deprived of the means to re-establish their independence and economic viability. The founders of FIEJ set out with the triple objective of seeking international commitments and guarantees to safeguard freedom of expression, of ensuring the renewed availability of the means of newspaper production, and of creating a new dialogue and exchange of information and ideas between representatives of the newspaper community world-wide.

IFRA (then INCA) was established in 1961 to uphold newspaper printing technology at its high level and to promote further development to the greatest possible extent through the mutual exchange of experience and jointly financed research projects. INCA’s founders aspired to create an association where prevails “a frankness, honesty and earnest desire for progress and co-operation, where technical and commercial experiences are freely exchanged and where feelings and consideration of competition are forgotten.”

In 2009, the two associations merged to create WAN-IFRA, the World Association of News Publishers. Read more.

We owe to Claude Bellanger what brings us together today (2018)

The aims and functions of INCA (Newspaper Production Journal, 1961)