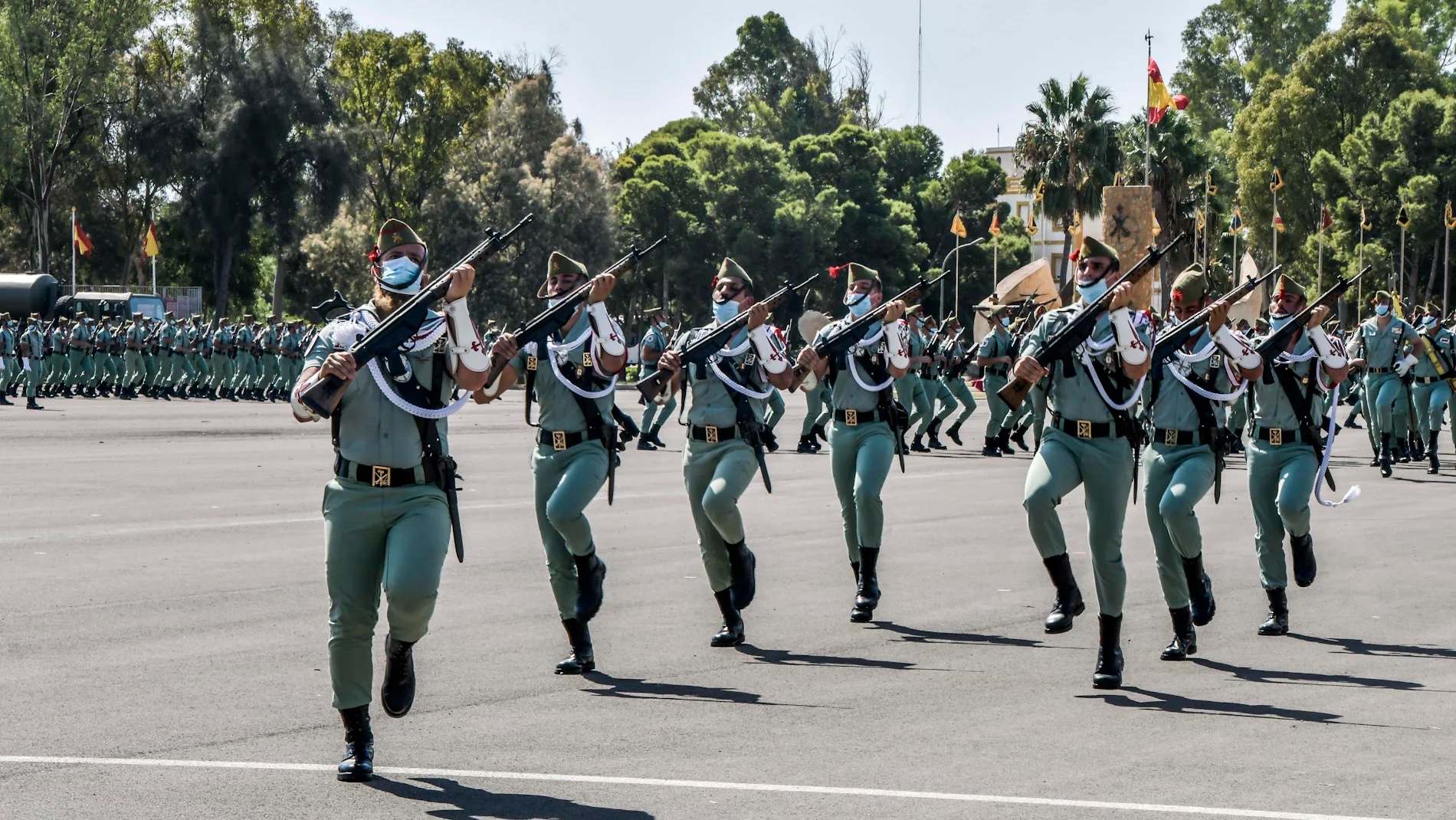 Main image: In addition to the 2,000 members the Spanish Legion has in Almería, there is a wider community of soldiers’ families and supporters in the region. (credit: La Voz de Almería)

The Spanish newspaper used the Table Stakes methodology to identify a new focus audience, the Spanish Legion and the broader community around the military unit. La Voz de Almería has since launched a dedicated website section, newsletter and a YouTube channel to serve this target audience.

Publisher bio: La Voz de Almería is a Spanish newspaper that has been published since 1939 in the province of Almería (southern Spain), from which it takes its name. The newspaper currently has around 1,100 subscribers to its print edition, and it is aiming – if all goes to plan – to launch a digital subscription offering in the future.

While taking part in the third session of Table Stake Europe (TSE), the team from La Voz de Almería has undergone a far-reaching change. This is due, among other factors, to the fact that it has been able to target its audience while focusing on specific interest groups instead of its general audience; for example, on the followers of the (Foreign) Legion, an elite unit in the Spanish Army that is popular for its uniform and style of marching, as well as targeting foodies.

Through a multidisciplinary team that has incorporated data analysis, the newspaper has managed to identify new themes aimed at very specific audiences in the region, with some surprising results.

Before La Voz de Almería began the TSE project in October 2021, its approach had basically been a traditional one: maintaining the usual content of the newspaper while looking for new themes, although in a rather random way.

This approach did not yield the desired results, however, possibly because the intuition and experience of the newsroom staff was not able to identify readers’ new interests. In this context, any doubts around the launch of a subscription model were understandable.

The idea of exploring the creation of content on the Legion was one of the first audience-driven trials, and it emerged from the methodology of the Table Stakes programme.

An analysis of a number of criteria – if an audience is attractive in terms of scope, if there is potential income, the time dedicated to a particular interest by the audience, if we are or can be the best to cover it and if it is sufficiently interesting – led the La Voz de Almería team to realise that it was one of the options with the greatest potential. The methodology proved to be much more efficient than the intuition and experience of the newsroom staff.

Decisions: Creating dashboards and bringing about a mindset change

The Spanish Legion is an elite military unit set up in 1920. It is very popular for some features when compared to more conventional armies. The Legion’s relationship with Almería goes back a long way. The first barracks were set up in 1924, and the corps now has more than 2,000 members in the region, in a community not only made up of soldiers but also their families and supporters.

One of its characteristics is that its members march at 160 steps per minute, much faster than any other unit. Indeed, this is the name of the first newsletter specifically aimed at this audience.

As Digital Strategy Director Laura Martínez says: “This choice has meant that we had to set up a new action with a whole series of elements in a faster and less planned way than usual, i.e. without being fully aware of what we were doing while also carrying out the technique of the design/do programme.”

Some of the resistance to change within the newsroom was also put to the test, although this has gradually been overcome. “It helped us to see that not everything you put on the table is easy to achieve. We are still looking for collaborators, for example, to help us push the content a bit more and focus it on the audience better.”

The work done in recent months has also had two major effects for the team and the way it works. First, being able to create a dashboard quickly, with data that help to analyse, plan and implement change. However, as Laura Martínez points out, the newsroom editors are still assimilating this change. Second, and no less important, it has brought about a change of mentality on the part of the editors to help them become “mini-publishers.” Such has been the transformation and commitment of the newsroom staff that they have even proposed new marketing techniques. Laura Martinez describes it as “an initiative that is being fully implemented, and we hope it will become a reality in the near future.”

Outcome: First step towards an extensive culture change in the newsroom

Based on the experience acquired with the project on the Legion, the team of La Voz de Almería has again applied the “audience approach,” managing to identify a new group – foodies – that they have called Foodineta, with a play on words between food y furgoneta (the vans used to sell food in the streets).

This audience-driven orientation is helping to visualise the effects of the programme in the newsroom in a practical way, making it more real and tangible, says Laura Martínez, who led the TSE project last year. Although they are still trying out the methodology and are waiting to see the long-term results, it is clear the groundwork has been laid – not without some difficulties – to bring about a far-reaching change in the culture of the newsroom.

As for the results, Martínez points out that “they were less positive than we would have liked but are considered good as a start, bearing in mind that the summer clearly hampered the implementation process.”

By the end of August 2022, La Voz de Almería had 239 subscribers to its weekly newsletter “A 160 pasos” and 660 followers on the corresponding YouTube channel. Moreover, 184 users from that audience have registered on the website. The Foodineta newsletter has 540 registered web users and the specific content reaches a total of 1,115 people.

Nevertheless, this learning process based on the audience-focused approach has helped them to devise a subscription model that will surely help to improve the newspaper’s economic sustainability.

“Two things, mainly: teamwork in multidisciplinary teams generates brainstorming and helps the workflow to improve and produce real changes, and perseverance in efforts to change people’s mentality, with a lot of trial-and-error and specific approaches for each group.”