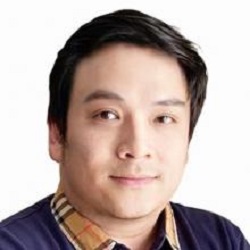 Larry grew up and raised in Australia, he is now the General Manager for GDP Network Indonesia – an audience first programmatic media network and trading desk for GDP Venture backed by the Djarum Group. He works with the executive leadership overseeing joint investment strategic and growth initiatives, commercial monetisation across data and inventory, and cultivation of top client accounts.

Before joining GDP, Larry was the digital lead, leading their operation and transforming programmatic ecosystem for Unilever at Mindshare/WPP Indonesia. His previous roles as a senior advertising technologist and operation at Yahoo7. Then leading the APAC operation and programmatic team at BigMobile Sydney. Larry is a recognised programmatic expert and advocate, having spent his career understanding and living digital.