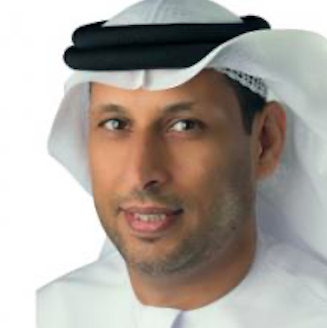 I started my career in the banking sector, where l worked for the British Bank of the Middle East for two years. In 1997, I moved to Dubai Media Incorporated and worked at its Financial Support Services Department for nine years. Afterwards I moved to the publishing sector, where l worked as Director of the Subscription and Distribution Department and later as Deputy General Manager of Al Bayan Newspaper, before l worked as Executive General Manager of four newspapers, namely Al Bayan, Emarat Alyoum, Emirates Today and Emirates 24/7. I then moved to DMI as (CMO) Chief of Commercial Affairs and Marketing Officer for the TV channels, newspapers, radio channels, printing press and Tawseel Company. Now I’m the CEO of Press Sector in Dubai Media Inc.

Summary:
– Over 20 years of experience in Media industry in the UAE (Newspapers, Distribution, Sales, Radio, Magazine, TV and Online )

– Board Member of Career Junction CO.

– Board Member of WAN-IFRA Middle East from 2007 till now