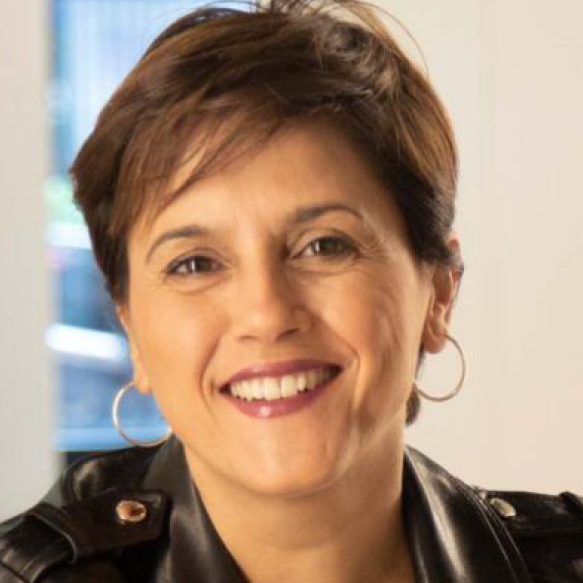 Her career began in the field of Creativity and later Research. But most of her professional career has been developed in Media Agencies of the leading Multinational Groups in our country, in which she contributed to the growth of some of the most emblematic Brands in the market such as: Damm, Affinity, Planeta, Gas Natural, Audi, Levi’s, Ferrero, Bayer, Mango, Codorniu, Puig, Gallina Blanca, Cadbury, Camper, etc. In 2003 she began his managerial career specializing in the launching of start-ups and repositioning of Agencies, launching, re-launching and consolidating what are today some of the most important Media Agencies, both in Barcelona and Madrid. She is currently Dra Gral at Arena BCN. Under her leadership, the Agency has exponentially multiplied its portfolio of Clients, has increased its notoriety in several points according to Scopen, becoming the 2nd most valued Agency in 2019 in the market in which it operates. Arena BCN has been voted 1st Best Media Agency to work in BCN in 2018 and 2nd in 2019. The Agency has accumulated many Industry Awards. In WARK’s world ranking of the 100 best in the World, it is the only Spanish Media Agency. When asking AE what she is most proud of, her answer is “to have formed the most talented, passionate, honest, curious, generous team and eager to deliver the best Communication solutions for our Clients.” Arena’s profile as an Agency innovative, digital, pioneering and oriented to the business of our clients has been possible thanks to them. ”One of the achievements that stands out in her career is the creation before any other Agency in Spain of a Transmedia team, and the full consolidation de Arena as a Media Agency with full capabilities in the field of Digital, Content, Data and Technology. AE has been Media Jury Cannes ’16 and Squared Guru by Google. Currently IAB Board Member.