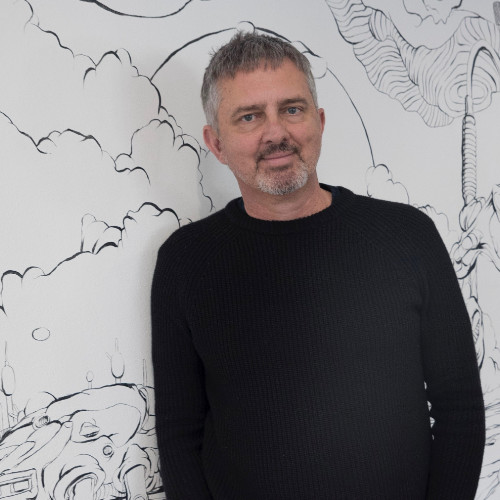 Chris Roper is deputy CEO for the continent’s largest federation of civic technology and data journalism labs, Code for Africa (CfA).
Using over two decades of insights from building Africa’s largest online news and content portals, Chris shapes CfA’s civic engagement and scaling strategies. He also serves as director for CfA’s forensic data initiative, the African Network of Centres for Investigative Reporting (ANCIR). From 2015 – 2019, Chris’ role at CfA was underwritten by a Knight International Fellowship, with the International Centre for Journalists (ICFJ)

Chris has taught journalism courses at the Universities of Pretoria, and the Polytechnic of Namibia. Chris has served as a judge on, among others, the SA Bookmark Digital Awards, the British Council Future of News competition, the NuMedia Plum Awards, the WAN-IFRA Digital Media Awards, and the PICA Awards. He frequently consults to publishing houses in his capacity as a Code for Africa strategist.