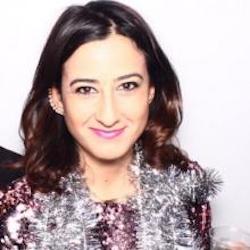 Conz is originally from Argentina but grew up bouncing around all over the world. She landed in Brooklyn where she met her husband and had a baby boy. Before her role at Mother.ly as editor for MotherlyStories, she was at Buzzfeed where she was the Regional Director of the Americas, launching Buzzfeed Canada, Mexico, Brazil, Spain and LATAM. Before that she held positions at Univision, Mashable and MySpace.