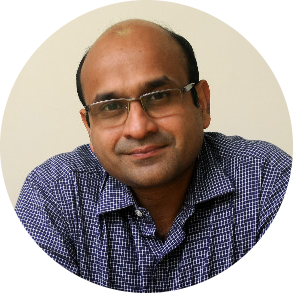 Mr. Dhruba Mukherjee joined ABP in 1997 and currently is the Chief Executive Officer of the organization. He joined as a management trainee and during his career in ABP spanning over two decades he has handled responsibilities in brand management, audience development, advertisement sales and production functions before taking over as CEO.

Born and brought up in Calcutta and a die hard Calcuttan at heart, he is a B.Com (Hons) from St. Xavier’s College, Calcutta; MBA from IISW&BM under Calcutta University and an alumnus of London School of Economics & Political Science. He has also graduated from the Senior Executive Leadership Program of the Harvard Business School. Travel, food and sports are some of the things that excites him beyond his interest areas in work.”