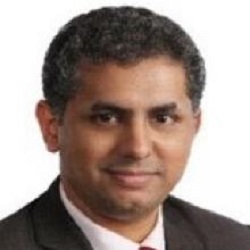 Diptendu Mitra is a strategy and business development professional with 16 years of telecommunication and technology experience across Europe, the Middle East, South East Asia and India. He was based in Finland from 2000 to 2002, UK from 2002 to 2007, Dubai from 2007 to 2012 and has been in Singapore since 2012.

He is an expert in the telecommunications industry having worked for and consulted to equipment vendors, service providers, industry regulators and investors. His work has included advisory engagements on both the consumer and enterprise sides of the telecommunication industry in topics spanning new market entry, operational and sales transformations, M&A advisory, due diligence and assessment of competitiveness in telecommunication markets.

Diptendu holds two patents which are incorporated as part of the LTE wireless standard.