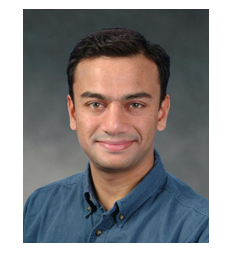 Dr. K. Subramanian obtained his PhD from Cornell University in Electrical Engineering with specialization in Micro ElectroMechanical Systems or MEMS. He holds a B.Tech in Mechanical Engineering from IIT Madras. He is currently Senior Vice President at Ashok Leyland where he leads Advanced Engineering, Drive Train and Homologation & Testing. Previously, he was CEO and Executive Director of R&D at Powergear Ltd., MEPZ, Chennai where he worked on implementing several novel technologies in Energy and other sectors. He previously worked at GE’s Global Research Center in New York. Subramanian has more than 50 issued patents as inventor. He managed a large program on MEMS at GE and received two prestigious awards for his research. One of them, the Hull Award, is presented to early-career researchers at GE Global Research who have contributed significant technical achievements, are a positive influence on fellow technologists, and embrace GE values. The other award, the Whitney technical achievement award is for a project that is viewed as a potential market game changer. Subramanian is a Six Sigma Black Belt. He has made significant contributions to multiple unique projects and has authored numerous publications and technical reports.