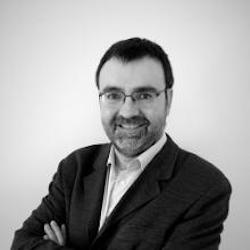 Ismael is the Digital and Editorial Director of National Geographic España magazine, part of the Grupo RBA. He is the author of the book “The Reinvention of the New York Times” and editor of the weekly newsletter Tendenci@s on the latest digital media trends. Ismael Nafría is a journalist, writer, editor, consultant and speaker specialized in digital media. He was journalist in residence at The Knight Center for Journalism in the Americas at University of Texas at Austin for the 2016-2017 during which he wrote his book on the NYTimes, his fourth. He was the Digital Innovation and Content Director (2011-2016) at Grupo Godo and deputy editor at Prisacom, the Internet company of Grupo PRISA (2005-2008) . He has led several consultancy projects for media companies worldwide and is the author of three other books on journalism and digital media. He’s also a jury member for many of WAN-IFRA’s Digital Media Awards worldwide.