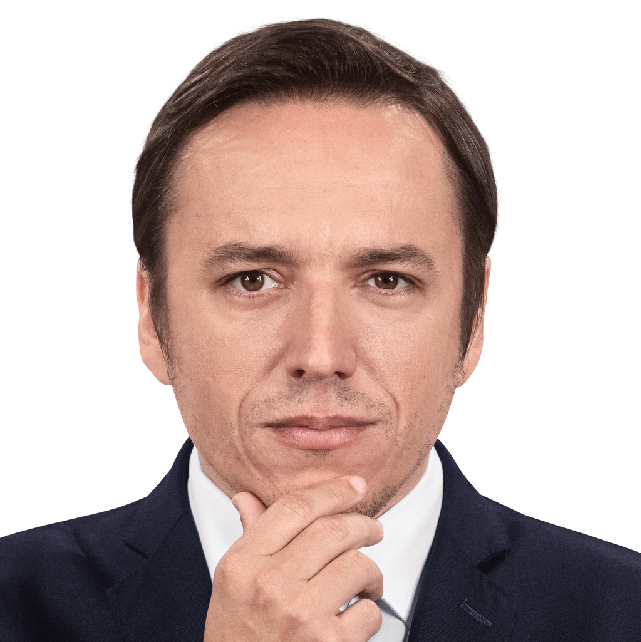 José del Rio has specialized in economic and business journalism for 28 years. He studied journalism at the UCA and did a postgraduate degree in graphic journalism at the same university. He also holds a degree in Business Administration from the UBA and in 2010 he completed a postgraduate course in advanced finance at the UCA. He also holds a PhD in Business Administration from the UCA. Today he works as Editor – in- Chief at La Nacion Newspaper. Since the creation of LN + he hosts the programmes Comunidad de Negocios on Sundays and Mesa Chica on Tuesdays.

For almost eleven years he was the journalistic director of the magazine group and deputy director at El Cronista. Under his management, APERTURA (which grew as a leading magazine in the economy and business segment), INFORMATION TECHNOLOGY (technology for executives), CLASE EJECUTIVA (lifestyle) and RPM (cars) renewed their contents. He was also responsible for the supplements and one shots of the newspaper El Cronista and for the management of the websites APERTURA.COM and INFOTECHNOLOGY.COM.

He was editor of the newspaper El Cronista between 1999 and 2004, of the magazine Negocios, of Apertura, of Chacra, and was a contributor to several foreign media. For ten years he was an economic columnist for the programme No somos nadie, on FM Metro 95.1 until July 2019 and currently hosts, on the same radio station, Un tiempo Mas on Saturdays.

He was a columnist for El Cronista TV, a programme that was awarded as the best journalistic programme of 2010 by ATVC. He was also radio producer of more than 12 economic cycles and television producer of the news programme Negocios TV on Telefé cable signal. He specializes in new trends in the business world, in the economic reality of the region and in the competitive ecosystems necessary for the entrepreneurial world.