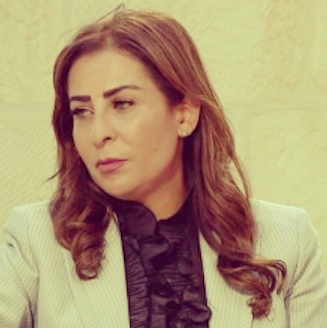 As a minister, Ghunaimat advanced several media and communications initiatives, including reforming the appointment process for the senior leadership positions at the Media Commission (media regulatory body), JRTV (national TV and radio broadcaster), and Petra News Agency – rolling out a competitive merit-based appointment process. Fact-checking was a key communications priority for Ghunaimat. Accordingly, she envisioned and supervised the development, launch and activation of the government’s first fact-checking platform as a strategic and tactical response to a media environment characterized by aggressive fake-news dissemination. This effort was part and parcel of a wider approach Ghunaimat strongly supported to deliver a nation-wide and cross-generational Media and Information Literacy framework, which aimed to equip citizens with the necessary tools to discern credible information and quality journalism.

In addition to her core responsibilities in the media and communications fields, Ghunaimat continued her passion for women activism during her ministerial post, chairing the Inter-Ministerial Committee (IMC) for Women’s Empowerment – which leads the Jordanian National Action Plan (JONAP) for the Implementation of UN Security Council resolution 1325 on Women, Peace and Security. Prior to joining government, Ghunaimat’s activism spanned women empowerment and human rights. She contributed to constructive public conversations and policy development as a member in the International Women’s Forum, the Women in News organization (WANIFRA), and the board of trustees of the National Center for Human Rights.

Ghunaimat had an extensive media career working in several leading local publications. Between 2012 – 2018, she led the independent daily newspaper Al Ghad as editor-in-chief with a focus on enhancing the digital presence of the newspaper. These efforts positioned Al Ghad among the top online news sources. While leading the newspaper, Ghunaimat continued writing a semi-daily column focusing on socioeconomic issues, such as poverty, budget, energy, and countering corruption.