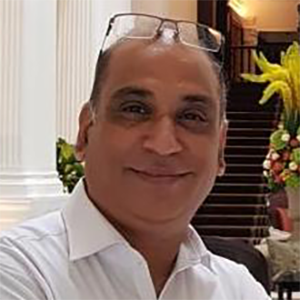 An engineer by degree, Kapil started his career in the year 1990. Entrepreneurship came as a natural progression to his career and he started his own venture within three years of his corporate stint, running a successful venture for 20 years in Computer Graphics in India. A keen technology enthusiast and, as a successful entrepreneur, Kapil believes in keeping up with the changing trends and dived into the space of Immersive Technologies.

The opportunities in Singapore made him decide to move and start a company in the prosperous city-state. In 2015 Silver Wings was founded. Initially focusing on Virtual Reality, the company now has broadened its scope to 3D visualization, including VR, AR, MR and Holographics as well as enterprise Metaverse solutions and a number of related technologies. Over the past 6 years many successful projects were launched in a wide range of industries.