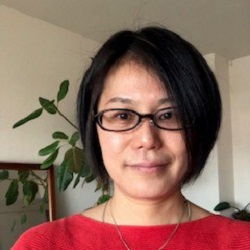 Keiko Yamamoto is a journalist at NHK (Japan Broadcasting Corporation). She is a senior commentator for NHK on gender equality and a senior manager of News Division of Nagoya Station. Keiko has covered social issues with a focus on gender, empowerment of women such as #MeToo movement, children’s rights and education. In 2001, she founded a network for women journalists, connecting people in order to promote new social values and concepts to Japanese society. The association has grown and now has more than 900 members that include women from other professional fields. In 2009, the Asia Society named her as an Asia21 Fellow, a young leader of Asia. Keiko received her MA in International Development from Nagoya University. She is the mother of a 14-year-old daughter.