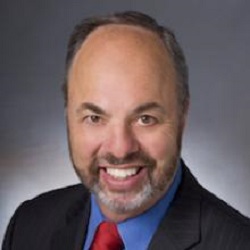 For 15 years, Ken Doctor has been a go-to expert on news business models through Newsonomics, his own company and website.

He now founds Lookout Local, a new local news model intending to change the conversation about what’s possible — and necessary — in the local news landscape of the 2020s in America. Given the great widening of news deserts across the country, Ken believes Lookout will both create a huge benefit for the people of Santa Cruz County and prove to be a model of local news renaissance.

Ken is a 21-year veteran of Knight Ridder Newspapers, having served in several executive and newsroom capacities. Since 2005, he’s been extensively quoted in the press on the changing economics of the news business.

Newsonomics is the word he coined to describe this new discipline of understanding the money flow within the print and broadcast transition to digital. His Newsonomics site collects his broadcast appearances, and his work, including his columns for Harvard’s Nieman Journalism Lab.

An early graduate of UC, Santa Cruz, Ken has served as both past president of the UC Santa Cruz Foundation and the UCSC Alumni Council, and continues as a Foundation trustee.