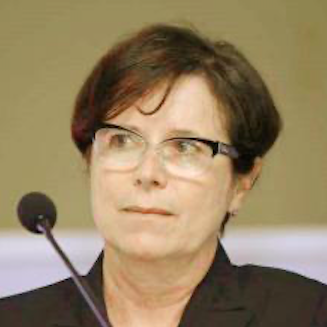 She is responsible for all WAN-IFRA activities in the countries of the Middle East, working closely with the company’s members in that region. Previously she has held various leading positions at WAN-IFRA. As Director of Marketing and Membership, she was Head of the marketing and PR team with responsibility for all global marketing activities. In this capacity, she introduced a new logo and dynamic new corporate identity. As Director of Membership she acted as the contact for all members worldwide, while also introducing a new membership model and structure. Upon joining WAN-IFRA, initially as Head of IT, she implemented two editorial systems at the company.

Before coming to WAN-IFRA, she worked for Monotype in the position of Head of Application. During her time at that company she played an instrumental role in the market launch of a new editorial system. She began her career at ATEX, the leading system supplier for editorial systems, where she worked as a trainer and application specialist. Her duties in this position included training editors and journalists in leading media houses in both Germany and the UK.