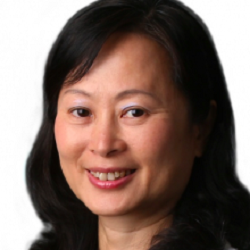 Ms. Tam took up the role of Editor-in-Chief of South China Morning Post Publishers Limited in January 2016, responsible for the editorial direction and newsroom operations. She joined South China Morning Post in late 2011 as Senior Editor and was subsequently promoted to Deputy Editor in early 2012. She started her career in journalism at the Hong Kong Standard before shifting to television industry for 20 years. Having served in Television Broadcasts Limited, i-CABLE Communications Limited (“iCable”) and Asia Television Limited (“ATV”), Ms. Tam developed herself from a reporter to senior news executive. She was responsible for the newsrooms management and leading coverage of many major local, China and international news events. Ms. Tam had participated in cross-media business development while serving in iCable and played a key role in launching the city’s first free-to-air 24 hours television news channel while being ATV’s news controller and later vice president. Ms. Tam holds a Master degree in Journalism, a Bachelor degree in English and also has a Bachelor of Laws degree. She is a member of the Media Communications Training Board, Vocational Training Council.