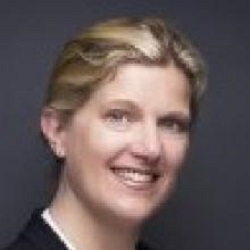 Victoria C. Schultz is an executive vice president for advertising sales, and has been with Amedia since 2011. Prior to joining the top management team, she was the CEO of one of the largest newspapers in the group and a regional director where she kickstarted the digital subscription transformation of all eight newspapers while securing profitable margins which were among the highest in the group. She has been in the media industry since 1999 and has various commercial and financial roles all related to the digital development of the media business. She has experience from several media houses in Norway and Denmark.

Prior to joining the media industry she spent five years in finance, at Goldman Sachs Asset Management in London and DnB Markets in Oslo. She is on the Board of MBL (Norwegian Media Businesses’ Association), head of the consumer and advertising group at MBL and has board experience from several digital startups and growth companies. Schultz is participating in WAN-IFRA’s Media Professionals Programme (MPP) as mentor for media companies and professionals in Vietnam, Cambodia and Myanmar. Victoria holds a Bachelor of Commerce with Honours from the University of Edinburgh, Scotland, an MBA from NHH Norwegian School of Economics and is a Certified European Financial Analyst.