Taiwan, located at the heart of the Asia-Pacific rim, has transformed itself from a developing country into a vibrant democracy over the past 50 years. The capital, Taipei, is today the country’s political, economic, educational and cultural centre, and is also one of the major hubs in East Asia.

In the 2022 RSF World Press Freedom Index, Taiwan was ranked 38th out of 180 countries, making it one of the freest places in Asia. 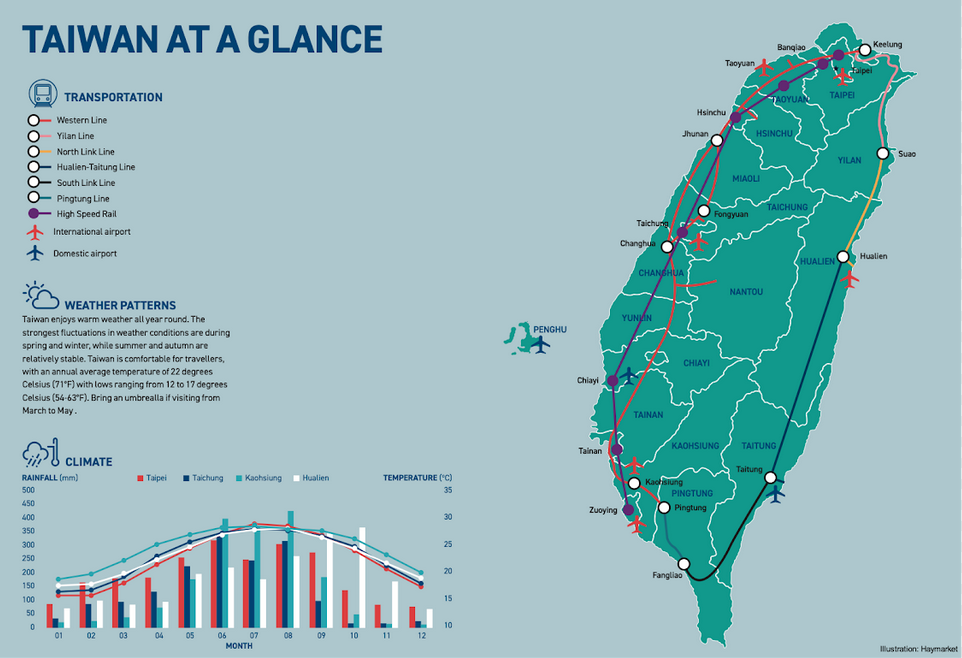 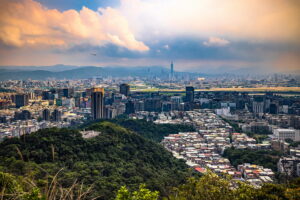 Image by: Department of Information and Tourism, Taipei City Government

Taiwan’s capital city Taipei is the gateway to the country and its economic, political, educational, and cultural centre. With famous sights including Taipei 101, one of the world’s tallest buildings, the National Palace Museum, showcasing the world’s greatest collection of Chinese art and antiquities and Baoan Temple, renowned for its decorative arts, the city combines tradition and modern touches in equal measure.

Surrounding Taipei City on all sides, New Taipei City is Taiwan’s most populous city. The entire area is a cultural treasure trove, with historic towns, the world-famous Pingxi Sky Lantern Festival and museums focused on tea culture, pottery and ceramics. New Taipei City also boasts some of Taiwan’s most stunning natural attractions, from the cascading Shifen Waterfall to the quaint mountain village of Wulai to the laid back seaside district of Tamsui.

Food Guide in Taipei
Taipei’s culinary options range from delicious local snacks to various Michelin-star restaurants. Don’t forget to try in the iconic local snacks like steamed pork soup dumplings or mango shaved ice, finished with a bubble tea. For those who wish to indulge more in local snacks, we recommend that you visit one of the night markets across the city. Taipei’s Wenshan District is especially renowned for its Muzha Tieguanyin tea variety, named after the Buddhist Goddess of Mercy.
Have a look at Goodies for Foodies for some recommendations. 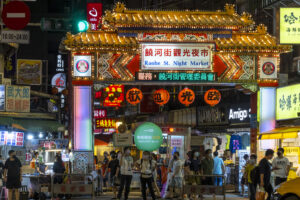 Have a look at A Shopper’s Guide to Taiwan for more information.

Read more about Taiwan’s culture and traditions here and about Taipei’s Festivals here. 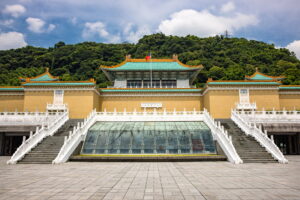 Nature in Taipei
For those extending their trip and want to see some of Taiwan’s nature, we recommend you to visit one or few of the following:
Read more about the diverse ecological features of Taipei here.

With unique world sites, Michelin-starred restaurants and a thriving culture scene, Taiwan is a popular choice for mixing business and leisure. Travelling around the island to other key destinations such as Taoyuan, Taichung, Tainan, Kaohsiung, Hualien and beyond is both fast and remarkably convenient, with a domestic air network, a high-speed rail (THSR) serving the island’s western expanse and regular train (TRA) and bus services to other corners of the island.

From the winding eastern coastlines to central high mountain forests, big city lights to easy-going offshore islands, Taiwan welcomes you!
Check out what more Taiwan has to offer here.