Jerusha Raath leverages a decade’s experience as a journalist and editor in her role as Head of Adspace Studio. A multiple-award winner for digital publishing, she was chosen as one of 28 women globally for the Poynter Institute’s 2018 Leadership Academy for Women in Digital Media. She holds an MBA from Wits Business School and serves on the IAB South Africa’s Content Marketing Committee. She is a coach for Digital Women Leaders and the South African Media Investment Partnership.

Paul Herman is the Editor at the Adspace Studio, Media24’s in-house native content studio publishing stories on News24 – South Africa’s largest digital news publisher. Paul has ten year’s experience in the media business, previously serving as a news editor and politics journalist and winning multiple awards in both roles before making the move into native content. He was also Media24’s first fellow to the Reuters Institute for the Study of Journalism at Oxford University where he produced a paper on the importance of first-party data for media revenue. 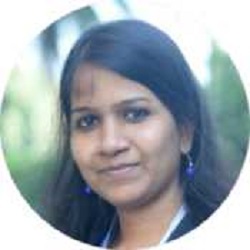