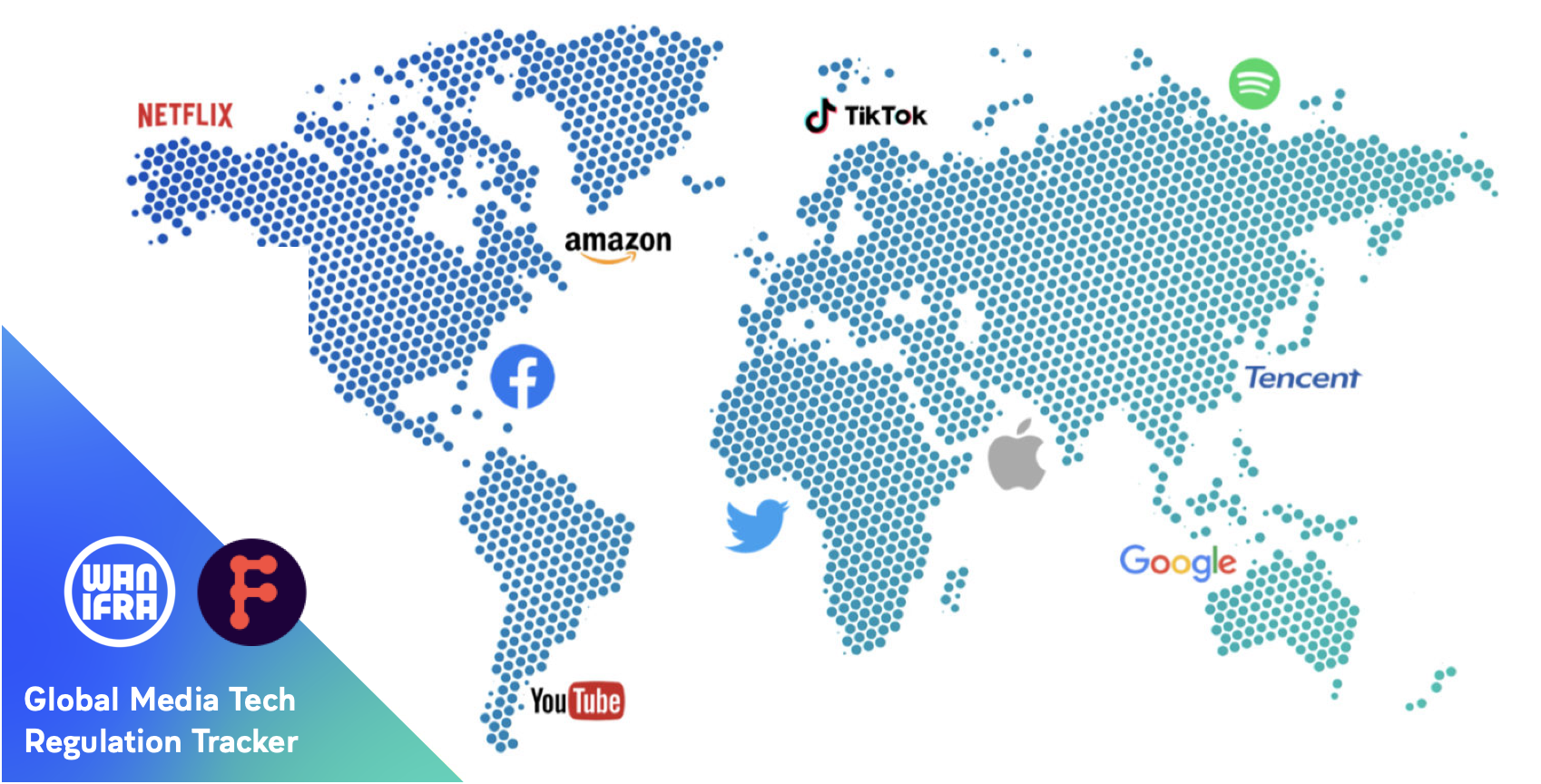 Welcome to the regulation tracker, a collaboration between WAN-IFRA and FIPP. Updated weekly, this live article provides an international, regional, and country-by-country view of the latest goings-on in big tech and news media. From Facebook and Twitter on Capitol Hill, to China’s legislative approach to Tencent and Alibaba, and beyond to Google’s relationship with publishers around the world, we keep track of the latest developments in media tech as they occur.