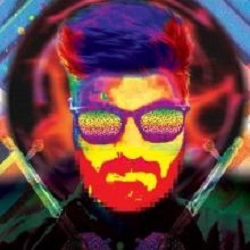 Twobadour (i.e. Anand Venkateswaran in real life) is the steward of Metapurse, the largest non-fungible token (NFT) fund in the world. He is an inveterate storyteller – as a journalist across print, broadcast and online media; as a brand and communications professional in financial technology, manufacturing and supply chain; as a creative strategist in advertising; and a diffident author.

Early in his career, Twobadour was a correspondent with the Times Group in Hyderabad, before becoming a senior desk editor at CNN-IBN and later, online journalist and chief sub-editor at thehindu.com, where he was part of the team that packaged Wikileaks, in collaboration with The Guardian. He also invigorated The Hindu’s video channel and initiated live coverage of landmark events such as the FIFA World Cup, ICC World Cup and India’s Annual General Budget.

As the steward of Metapurse, Twobadour is tasked with identifying NFTs and NFT-based enterprises ahead of their time. He is a raconteur of metaverse phenomena and collector of fine crypto art. He was the executive producer of the B.20 project, a $2.7 mn metaverse experiment, and architect of a range of initiatives designed to nurture the creator economy in the NFT industry.