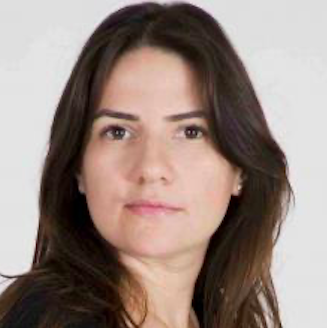 Before that Ibrahim was a Senior Correspondent at Al-Arabiya News Channel, which she joined in 2008. From 2015, Ibrahim produced and directed episodes for Special Mission, a prime-time investigative reporting show. Her assignments took her to Tunisia, Yemen, Libya, Egypt, Bahrain, Turkey, Syria and Iraq. Ibrahim’s opinion and news stories have appeared in a number of publications including Al-Hayat newspaper, Al-Arabiya net, and The Washington Post where she was a contributing reporter from 2005 to 2011. Ibrahim started her career in 1996 as a general news reporter at The Daily Star in Beirut. She became managing editor of the newspaper in 2004. After that, Ibrahim shifted to broadcast and became Dubai TV’s Beirut-based correspondent. She was also the Beirut correspondent for the New York-based website Womenenews. Since 2016, she has been an instructor of Journalism at the Lebanese American University. She is the mother of two girls Yasma 12, and Mia 10.