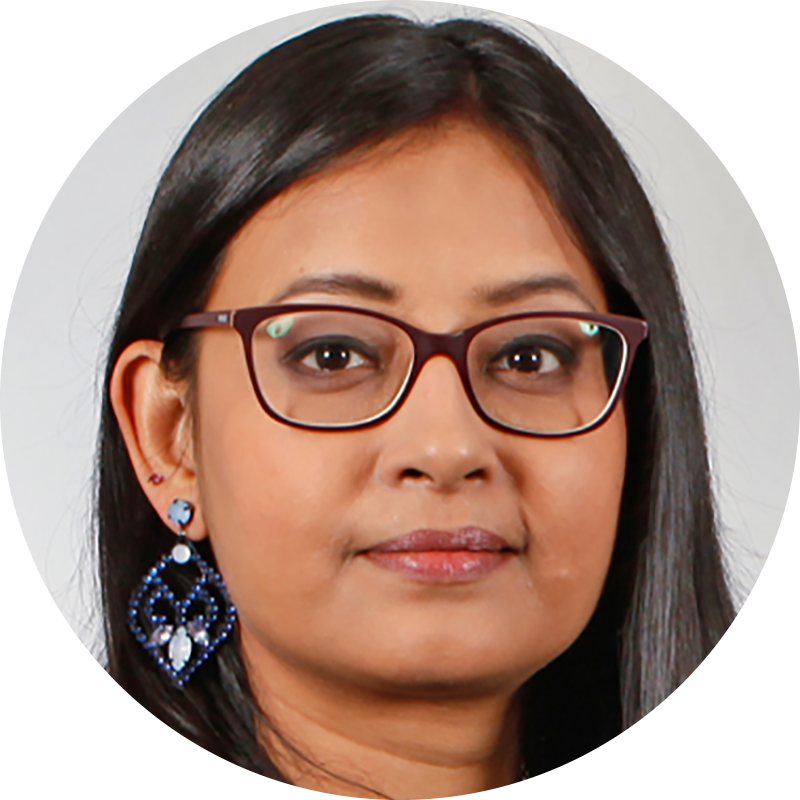 Debarati Guha is the Director, Programs for Asia in Deutsche Welle (DW) Germany. She was born in Kolkata, though her parents originated from Bangladesh. Coming from a family of freedom fighters, historians and advocates, she developed her fighting spirit and interest in politics from an early age. She completed her Masters and M.Phil. in Political Science from Jawaharlal Nehru University and wrote her thesis on ‘Representation of Women in Postcolonial literature: Exploring the Subaltern Studies Perspective’.

Till today she looks forward to every opportunity she has, to tell exciting stories of women’s lives and challenges. Debarati Guha worked as an assistant to the Asia correspondent of the Frankfurter Allgemeine Zeitung in New Delhi from 2003 to mid-2005. Later she completed a training program in online, radio and television journalism at DW and joined the Bengali department as a senior editor in 2007. After successfully working as the coordinating editor for Bengali, Hindi and Urdu from 2009 to 2012, Debarati was appointed to head DW’s Bengali Service in 2013. Later in 2015, Debarati was given the responsibility to run DW’s South and South-East-Asian Services. Debarati Guha was promoted as Head of DW’s Asia Department in 2018 and in 2021, she was given the charge of three additional offices in Asia, namely in Taipei, Delhi and Jakarta as the Director of Programs for Asia. Debarati presently oversee it’s nine Asian languages plus it’s German and English desks. Beside journalism, Debarati works as a researcher and performer with the Berlin-based theater company Flinnworks. She has been living in Germany since 2005.