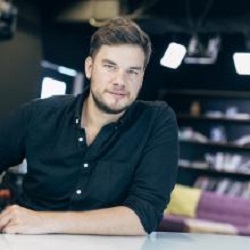 Matej Loncaric is Director of Video, Innovation projects, JoomBoos in 24sata, leading media company in Croatia, owned by Styria Group. Matej joined 24sata in late 2014 to transform cable news TV channel into modern and agile digital video department. Since then 24sata video started to grow exponentially; From two FTE’s to 30 FTE’s plus more than 40 contractors; from 500k video views per month to 100 M video views per month on all platforms from Facebook, Youtube and internal web player.

Matej is author and founder of today biggest YouTube network in Croatia – JoomBoos. Just one year since the launch, JoomBoos has won a particularly prestigious prize: the accolade of being among the most innovative media projects in the world at the INMA Global Media Awards in New York in 2017. – which is confirmation of the outstanding spirit of innovation. Video department has won more than 30 awards for it’s drama series, musicals, talent shows from Digiday, Wan-ifra, INMA, Effie etc. Matej is today responsible for all innovation projects within 24sata.