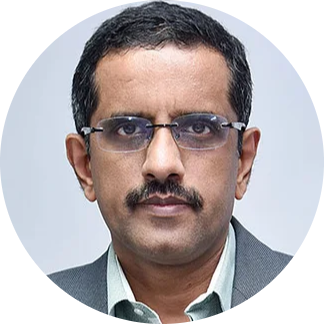 Sitaraman Shankar started with The Economic Times, and then moved to Reuters in Mumbai, Frankfurt, London and Dubai. He has also reported from Moscow, Vienna and Singapore. In 2012, he took up senior role at Hindustan Times to oversee its largest edition, and ran the coverage of the 2014 elections and trained nearly 100 colleagues.

In 2016, he moved to Network18 and led the revamp of India’s largest financial site, Moneycontrol.com, resulting in quadrupling in unique users and a tripling in page views. With a stellar career spanning 28 years, Shankar is now the editor of Deccan Herald and also leads the business side of the company that publishes, apart from Deccan Herald, Kannada titles Prajavani, Sudha and Mayura.