Technology and accessibility are front and center of Legit.ng’s philosophy. Having launched in 2012 to provide Nigerians with a digital news platform that was updated in real-time with breaking news and to cater to the demand of being Africa’s most mobile-centric country, they have now evolved into the largest online publisher in Nigeria (according to Alexa rank). They boast 10M+ monthly users generating 50M pageviews on their site. Their hands-on response to the country’s slow download time was a challenge worth accepting as their in-house engineering team developed a mobile (data saving) app enabling their readers to download news automatically while in Wi-Fi zones. The app now has over 5M installations. Agility and design proved key factors in the decision-making process for our jury members. Judges: “The app download on Legit is lightning fast, and it has a very intuitive layout.”

Through a 10-part video series, broadcast on all of Food For Mzansi’s channels as well as television through a special partnership, “For the love of the land” documents the journeys of mostly black farmers in the South African agricultural scene. These are tireless champions sharing a deep-rooted passion to provide the essential human need of food and nutrition to their communities. With impactful storytelling profiling the farmers weaved into short form and long form videos, this opened even more opportunities for audiences to consume the content and to provide Food For Mzansi evergreen content that continues to be viewed long after publication date. The partnership between an agricultural news platform and the 24/7 climate, environment and weather television channel, People’s Weather, proved to be a symbiotic relationship as both platforms have benefited from being introduced to each other’s audiences and joining forces to expand their outreach. Judge’s comments: “A very strong series which makes the most of the impact that different platforms can have: text, short video trails, doc length videos, television… and of course the characters themselves. I particularly enjoyed the idea of the series around local heroes giving hope to whole communities”.

Hostels are buildings designed for total control, which were initially constructed to house black laborers near mining towns like Kimberley and later, Johannesburg. As South Africa enters its 26th year of democratic freedom, the question of what to do with the gigantic structures remains. Should they be preserved as historic monuments, razed to the ground, or improved and upgraded? This project focuses on the unique architecture of the hostel as shown from the air. Using a combination of satellite imagery and drones, the team at africanDRONE has put together a visual essay of most of the hostels still existent in South Africa, and using data visualizations have mapped all their locations. Judge’s comments: “Winning combination of highly relevant aerial footage and relevant graphs and statistics in one story package.”

After 22 Years of publishing free content only, News24 launched a freemium paywall on 8 August 2020. Only a few months later, it had converted close to 4 percent of its + 800,000 registered users to digital subscription. While the editorial team focused on growing its exclusive subscriber only content, the marketing team used user-generated content and artificial intelligence to target and acquire new subscribers. Among popular user features implemented is an innovative approach to AI. News24 partnered with Speechkit and a local voice agency to develop a ‘Listen to article’ feature. The group partnered with the Coral Project to bring a new and reimagined commenting feature which encourages positive contribution by using a ‘Respect’ reaction button as opposed to Like and Dislike. In the background, the feature runs an AI bot that scrubs the text and either approve or reject depending on the suitability of the comments to New24’s Comments Policy. Additionally subscribers can unlock articles for friends. Judge’s comments: “Congratulations on your early success in this paid content initiative, most especially on your use of audience tracking to maximise conversions and engagement in the early part of the customer lifecycle”.

Maverick Insider is Daily Maverick’s membership community. Readers who can afford to pay for Daily Maverick make a monthly or annual contribution of their choosing and in return receive membership to Maverick Insider. Membership comes with a raft of benefits – the most important being the cause: Keeping Daily Maverick free for all. To gauge the growth of Maverick Insider, the team works with objectives and key results (OKRs). Among top objectives for 2021: reach a community of 30,000 members and grow engagement via surveys, live journalism, webinars, newsletters… Judge’s comments: “Customer centricity is not just a concept for you, but a real business driver, and the results are showing in your growing numbers and engagement”.

TikTok is a fast-growing platform with hundreds of thousands of African users from Pulse’s youth audience target demographic. Pulse created digestible video content formats of their articles and social media posts. They also worked on new content format ideas to test run on the platform. The content developed for TikTok was cross-promoted on Instagram and Pulse’s other platforms. Their content formats vary from history lessons to latest news updates, teasers, etc. They produce the #LiveatPulse series and the #VoxPop series (Check pulsenigeria247 also). Judge’s comments: “The stats are impressive, especially the growth in followers, video views and engagements.”

Consume the news in audio or text, via WhatsApp message or PDF, what’s your preference? It’s never been easier to get informed thanks to The Wrap’s ethos on making news accessible for all readers – especially to the Gen Z audience – who as digital natives want to get their news on channels they inhabit. Their weekly summary on local and global news is designed to cut through the noise and to deliver the hard-hitting facts to their readers making it as simple as possible – and without barriers for entry –  to get the relevant information they need directly to their phones, email and a variety of platforms. Judges said: “Newsletters and weekly round-ups are not new, but what Explain.co.za has done is to bring them to subscribers’ pockets and cellphones. Cellphones are very personal items, which means Explain is building much deeper and more personal relationships with subscribers.”

Changing readers’ habits is always a delicate operation. So when the regional daily Volksblad had to stop printing from Monday to Saturday and move exclusively to the digital subscription news platform Netwerk24, the danger was to lose readers. “We were communicating about a change that was not well received by our market,” explains the Volksblad marketing team. Another obstacle was the nature of the region. It is more rural and the connectivity is not at the same level as in the big cities. By using all possible marketing channels, online and offline, the team exceeded their targets by 50% and converted almost 7,500 readers to digital. Judge’s comments: “The ability to execute a marketing strategy that steers a delicate audience away from their conventional dealings with Netwerk24 to a more digital relationship while maintaining the brand’s essence, speaks volumes of Volksblad’s intentionality and creativity”.

The Eagle Project describes the marketing campaign that surrounded the launch of the Standard Group’s paid-for digital content strategy. The main hurdle was how to get users to pay for information that they had accessed for free over the years? How do you ensure that loyal users don’t leave for your competitors once the paywall is introduced? What is interesting about this campaign is the preparatory work done to understand the users in order to define messages that will convince readers to pay. Six months after the launch of the paywall, Standard had the outstanding results of convincing almost 400,000 users to register and 5% of them to pay. Judge’s comments: “ The organisation had a well laid-out plan to engage existing users, and attract new ones from external sources”.

BrandStudio24 and Nedbank Business Banking’s “See the Bigger Picture” campaign aimed to show the correlation between news stories and broader-scale business. BrandStudio24 identified key areas of expertise and brought the campaign to life through beautiful and insightful editorial content and video execution. Each content piece took a journalistic storytelling approach but created true commercial impact for the client. This 12-week campaign, with 8 content pieces received over 94,000 pageviews to the dedicated microsite, had a total of 318 creative executions including tactical banners and customised content cards and gained client a 7.3% lift in brand sentiment from the readers. It also recorded a truly ground-breaking average time on page of 28 minutes for a specific content piece; and an average time of over 15 minutes for the project, in its entirety. Judges comments: “Immense value is woven into native advertising neatly and at the right time. The presented articles are highly calculated and their presentation around each specific category was dynamic”.

The winner for this category was announced at WAN-IFRA’s 5th edition of the Digital Media Africa conference earlier this month (6-7 July). Please click here for the recording where Nicole Williamson, Manager of Events and Webinars at the Daily Maverick presented their winning project, Maverick Citizen.

As anything related to Covid-19 became the only headline that mattered in 2020, the Maverick Citizen team was on the frontline. With Live Journalism Online Events (in webinar format), Maverick Citizen gave their readers access to veteran journalists as they interviewed industry experts on topics such as Covid-19, vaccines and the rise of deepfakes. In doing this, guided by a jump of 36% (from 2,443,248 to 3,330,176) in unique users during April and May 2020, the online events became a focused effort to build and entrench trust with their audience. In response to the need for accurate and trustworthy Covid-19 reporting, Maverick Citizen also launched a Coronavirus Newsletter that is published three times a week. It has approximately 106,7K subscribers and an average open rate of 36%. Judge’s comments: “Maverick has successfully tapped civil society for content, using the credentials of Mark Heywood and Anso Thom. They have introduced an authoritative channel of activist voices into the mix at a moment in time when specialisation and trust in journalism are needed” 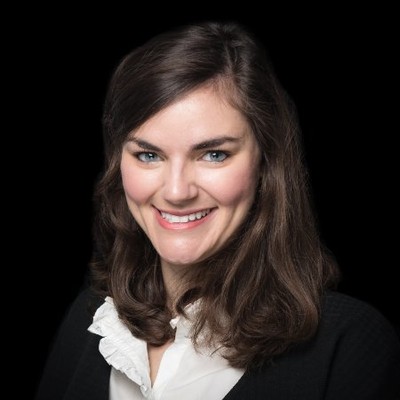