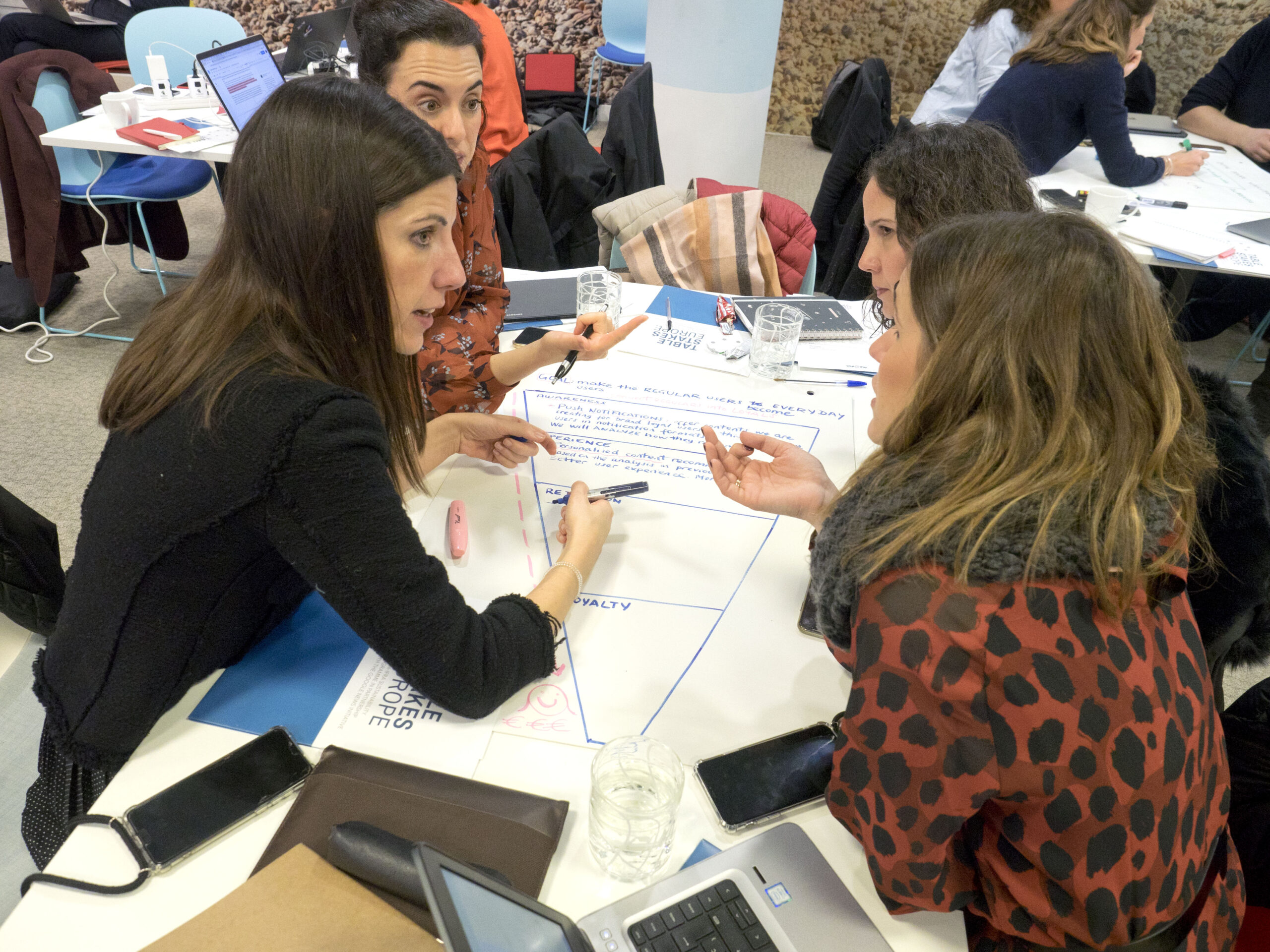 The Zaragoza, Spain-based news media company Henneo, which publishes the newspapers 20 minutes and Heraldo de Aragon, has spent much of the past year focussing on its audiences and developing more targeted content. This is being done in concert with efforts to launch a digital subscription model.

The company had previously tried a premium model a few years ago, but it hadn’t worked out for them. Paywalls were extremely rare in Spain at the time, and most people were reluctant to pay.

“With this programme, we changed our approach to our audiences to not just being focussed on the volume of our users but also to be engaged with our users,” she said.

“We started the Going Public process with that moment,” she said. “We needed to talk to the different areas and departments to involve all of them. This step was crucial for us.”

The first thing they did was to have a meeting with the directors of the digital, editorial, marketing, business and IT departments to explain the goals and the strategy they planned to follow.

“The main point here was to make them understand the importance of this. And basically, we wanted to make them understand that for us the goal was to increase the number of registered users. Why? Because we had done an analysis and discovered that a registered user gave us much more money than an anonymous one. That metric was very strong for us in helping them to understand and get involved in this process,” Algora Luño said.

With this key metric, they gained the support of the directors of the different areas and then they moved to the newsroom.

Each of these meetings lasted about half an hour, Algora Luño said.

“We started by telling them we were very happy in terms of the volume of our audience, but that now we wanted to involve them in the process of helping to register more users because this is an important way for us to make more money,” she said.

She and her team explained that by knowing more about their users and their behaviour, they would have a better understanding of their loyalty.

“We also told them that they were a very important part of this strategy, and we asked them for opinions and what they thought,” she said. “We always tried to take their opinions, not just: ‘We do it like this.’”

In addition, one of Algora Luño’s colleagues started to physically work in the newsroom to share the metrics and the number of registered users as well as the number of loyal users with the editorial staff.

“This person has been essential in the newsroom’s daily routines to share our knowledge and have them involved in the process,” she said.

Algora Luño and her team then did a follow-up meeting each month with a small group made up of a member each from the marketing, editorial and IT departments.

After about three months, they made a presentation to Henneo’s Board members, owners, and CEO.

“That was a very important meeting because we shared all the results that we were achieving in this process, and it was important because we gained their support to keep going,” Algora Luño said.

Henneo decided to boost the numbers of their registered users by introducing a series of newsletters targeted at various audiences as well as requiring users to register after reading a fixed number of articles for free.

Algora Luño said they started this year without any newsletters, but today they produce 13 different ones across a variety of topics from local sports and business to one for families with small children.

“With a newsletter we can register users on different topics so that we can know more about our readers,” she said.

On the registration side, Henneo implemented a free metered registration model in February. Users could freely access 39 articles, but beginning with the 40th article, they had to register.

That number was reduced to 30 articles at the beginning of March, and then went to 20, with plans to reduce it further, Algora Luño said.

As the number of articles has decreased, she said Henneo has seen a dramatic increase in the numbers of users registering – jumping from 66 percent to 99 percent.

“We are really impressed with the results, and we want to carry on with that. … I think this has been very relevant for us because the newsroom has had to think about what kind of content they need to create to convert users,” Algora Luño said.

Today, at the end of every month, she and her team continue to do a follow-up meeting to share results, and talk about the next steps they need to take.

They also have regular group meetings through Microsoft Teams to discuss results and share good practices.

In addition, Algora Luño said they started an internal newsletter during the summer of 2020 as another way of keeping the Going Public process going.

Asked for her advice to publishers who are just starting out in Table Stakes, she says “I would say it’s very important to start with small groups. Groups who understand digital processes and digital strategy to make sure that they follow you and that you have their support.

“It’s also very important to have a big metric that supports your presentation,” she adds. “Just to say that ‘We’re going to do this, because this number is very important for following our strategy.’ ” That was an important tool for us, so I would recommend that other teams have a figure that’s really a north star that will help get people involved with your journey.”