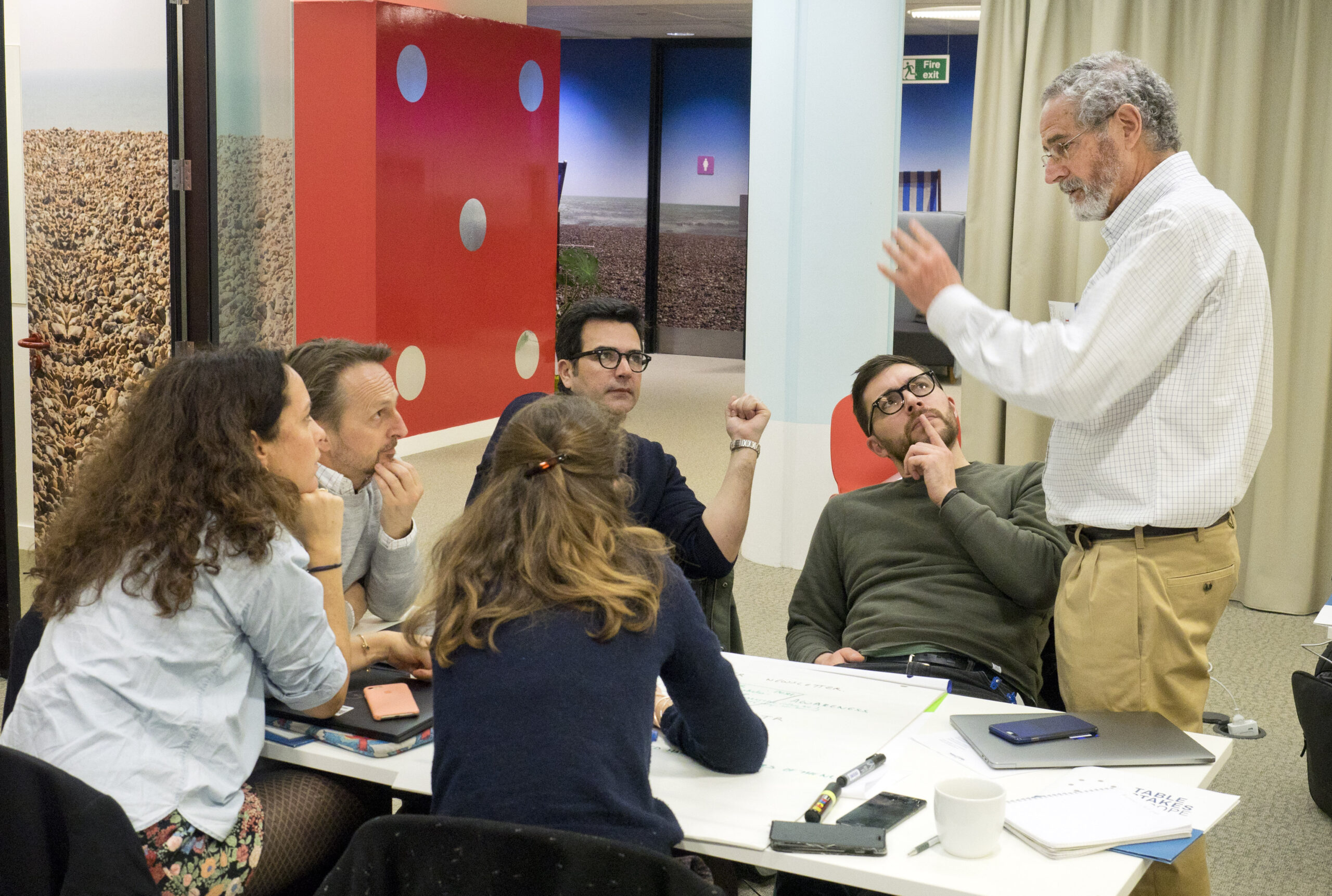 Le Parisien was the largest company in the first round of Table Stakes Europe with a newsroom of 440 journalists. The print newspaper is still by far the largest revenue generator for Le Parisien (90% of the revenue). However, with a steady annual decline in print paid circulation, the newspaper needs to gain 200,000 digital-only subscribers to off set the print decline and sustain its editorial ambitions.

They entered the programme in a “commando mode” with a clear objective to accelerate the company’s trajectory towards digital transformation. And a commando team was exactly what they sent to the different TSE meetings: the CEO, the publisher, the CDO, the Head of the Newsroom and the Circulation & Marketing Director.

Although they had already started their digital strategy before entering Table Stakes, the programme gave them a framework and tools to tackle their transformation project.

Thanks to the team’s profiles, they were able to work in parallel on the different levers of success and with a level of collaboration between services probably never before achieved.

Their challenge touched on their editorial mission and newsroom organisation, their digital products and the subscription funnel. Quite a revolution, and as a matter of fact, they went public in June 2020 with the ambitious “Le Parisien 200,000” (their 2025 digital subscription target), not only to the newsroom but also to the outside world.

From the second TSE meeting in December 2019, Le Parisien’s team had a fairly clear idea of what they wanted to achieve during their challenge. The first part of the project concerned the content. They wanted to increase their editorial value by offering solutions to the daily questions of their readers (on topics like education, purchasing power, a better understanding of national and international issues, etc.) and become more generally their readers’ trusted spokespeople. They wanted also to feed their passions and become the favourite destination, from football fans to lovers of art.

The team wanted to identify and serve better audience segments they identified as having high subscription potential (following the principle of Table Stakes #1). Equally crucial for the success of their challenge was to reorganise the newsroom for better digital production (digital platforms first, print later and better) and gradually implement a funnel culture, data and analytics, product management and developers across the newsroom (TS#2 and TS#3). Finally, they wanted to upgrade their digital platforms with a better UX for their website and apps. The redesign of their app was particularly strategic (launched in September 2020) as it is the main driver for new subscriptions.

During their months in the TSE programme, Le Parisien’s team decisively moved from generic editorial content to targeted content for segmented users, from print-focused skills set to specific digital competencies and from poor data to actionable dashboards within the newsroom.

They decided to produce fewer and better: prioritise contents with more digital impact – more engagement, more conversion with SMART goals for each desk. They identified that long reads, investigations, profiles, opinions were formats with high conversion potential and that they had to reinvent how they were covering local news, asking themselves how to increase value. This led, toward the end of the programme, to creating new teams and new positions so that they could cover editorial priorities with flexibility. A new organisation is still in process and that will include acquiring new skills in digital formats and a better understanding within the newsrooms of key data and shared performance indicators.

One thing that was obvious during their months working in TSE was how they took advantage of all the parts in the methodology that led to more agility in the way they conducted their projects.

They enthusiastically embraced the Design/do concept, and they were quick to execute new ideas, learn and adjust. It was particularly interesting in how they started to work on their newsletters, implementing new ones for specific audiences segments and adapting rapidly when Covid became the central focus for their audience.

Another discipline in Table Stakes is called Stop doing. In a nutshell, you should stop doing things that are less effcient for your objectives in order to free up time for what’s core. Making these kinds of choices can be difficult, and they targeted one of the most sensitive areas for a regional newspaper, the way they were covering local news. Their decision to reduce local city news was much discussed by the newsroom and not easy to establish, but they took it because they can’t do everything and their priority was to think about audiences and start targeting some communities with content specific to them.

When Le Parisien joined TSE in October 2019, it had 25,000 digital-only subscribers. Their goal was to use their TSE challenge and grow more rapidly, with a target set at 100K digital subscribers by January 2022. In June 2020, the growth of its digital subscriptions was 60% compared to their October 2019 level, with acceleration in March-April during the peak of the Covid-19 crisis in France. At the June meeting, the team presented a very detailed action plan to keep the new subscribers loyal to their brand. By December 2020 they will probably be half-way to their end of 2022 goal. But more importantly, they now have a clear idea of how to act on their destiny. Their 2025 goal is “aggressive yet achievable,” as Doug Smith would say.